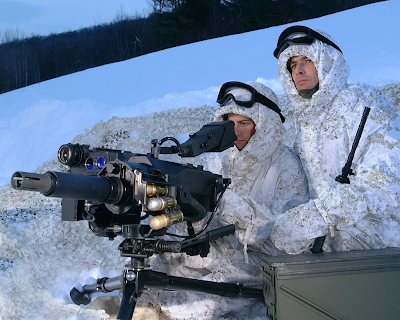 You know that good personal concealment is not a fashion statement or a popularity contest. Its about reducing your risk of being detected.  And that can mean the difference between mission success or mission failure. This is why PenCott is being adopted by a growing number of military and law enforcement special operations units.

However, when it comes to snow camouflage most military patterns seem to have been developed with the line from the Christmas Carol about King Wenceslas in mind: "when the snow lay round about, deep and crisp and even".  In most terrain, however, the snow cover is often uneven and features shadows and textures from undulating or broken ground and from rocks and dry vegetation breaking up the blanket of white.

PenCott-Snowdrift™ breaks that mold and was specifically designed to provide superior camouflage in a wider range of snow-covered terrain.  Snowdrift™ is a 3-colour variant of  PenCott™, and like all members of the PenCott™ family it features:
* a naturalistic, omni-directional, multi-scalar fractal geometry pattern
* a unique 3-in-1 pattern design for superior blending and disruption performance
* color palettes optimized for a variety of terrains and environments
* high-difference boundaries and hypoacuitive color dithering create false edges and the illusion of 3D

PenCott-Snowdrift™ is now going in to production and will be available from early 2012 printed on lightweight, water- and frost-resistant, packable polyester fabric (the same type used by the USMC in fact).  The entire PenCott line-up will also be featured on the SOD Gear / TangoDown booth at the SHOT Show in Las Vegas January 17-20, 2012.

PenCott is the first commercially-developed advanced camouflage pattern to be available in multiple colorways on a range of Berry-compliant, mil-spec fabrics and finishes - all available now. 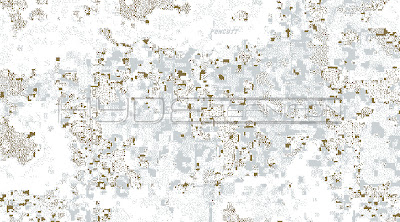 OED defines my reaction as: