Roggenwolf Out of the Running As Well

Another company has announced their elimination from the U.S. Army's Camouflage Improvement Effort, being Roggenwolf based out of Sydney: 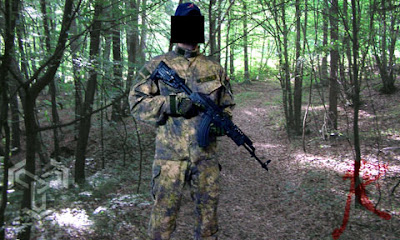 You might recall that Roggenwolf Tiwaz™ was developed specifically as a possible answer the U.S. Army's identified need for a family of camouflage patterns. Unfortunately, we have been advised that Tiwaz™ has been eliminated from the final down-select, and will no longer be a participant in the U.S. Army camouflage improvement effort.

We know that this news will be just as disappointing to our supporters as it was to us. However, it must be said that we actually achieved more than we thought was possible, back in June; and that those achievements are largely due to the support and encouragement of our enterprise partners, Bradford Printing & Finishing, and Premier Defence Agencies.

In spite of this set-back, Roggenwolf continues to pursue other opportunities in North America, Europe, and the Asia–Pacific region. As always, our design philosophy is built upon the belief that an effective camouflage uniform not only conceals its wearer in country, but reinforces its wearer's sense of identity.

'TIWAZ' is a trade mark of Brad Turner trading as Roggenwolf.

Stay tuned for more news as it comes as to the specifics of the Camouflage Improvement Effort.
Email Post
Labels: Camouflage News Roggenwolf