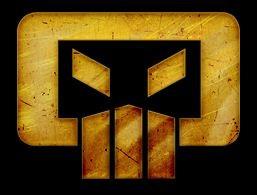 Doug Brown, of PsiOps, has been kind enough to answer a bevy of questions posed by paintballers in the below interview. If you have questions that you still want answered, feel free to comment below the post. Doug has a great wealth of information and it's always great to have him share his thoughts.

Jay Y - Where do you see paintball as an activity in the next decade or two?

I don't see it changing that much Jay. Back when we (my partner and I) were first starting out, I didn't know squat about banks, money, or running a business. Business was booming and NOBODY would loan us money. We met a banker playing paintball one day and he got us in front of his boss. He asked  "Aren't you worried that Paintball might just be a fad?" I said, " Its the most American of sports. Its shooting people. We'll never get tired of that". I could see my partner shrink down in his chair in embarrassment..... but we got the loan. I wasn't very politically correct then, I'm not now. Men grow up playing Army. They have since the dawn of time. For the last 600 or so years that has involved using a gun. I don't see that changing in the next couple of decades.

Jay Y - What do you think will be the next "breakthrough" in paintball?
I don't guess its any big secret seeing as I have been working on it for a decade and I know several other companies have as well. It will be a combustive fuel powered paintball gun. The Tippmann C-3 paved the way from a legal standpoint. The only thing holding it up now is the engineering. There are several problems that have proven extremely difficult to solve, but the prospect of running a gun for 1000 shots off something about the size of a 12 gram is too appealing to not keep working on it.

Hmmm. That's a tough one.  1) Set an absolute maximum limit on the amount of paintballs a player can take on the field no matter what type of game he is playing 2) abolish all restrictions (other than age) on paintball gun ownership world wide 3)  make me Grand Poobah of Paintball for life.

Lot's of reasons Javish. Its a lot more realistic. Its a lot easier to play for people who aren't in peak physical condition. While the up front cost are just as high (if not higher) its a lot more affordable in the long run. Its a lot harder to overshoot people, intentionally or unintentionally. A mag fed player mixing it up with a bunch of first time rental players works. More than anything else though, its fair. I've got 20 rounds, you got 20 rounds. What's not to like?


Necro - Do you feel pump tournaments are turning into standard paintball with the pumps shooting 15bps?

The technology is certainly there to let that happen. The new Phantom pump only requires one finger to cock it. It doesn't even have a pump handle. To be honest though I haven't kept up with any tournament leagues in a long time. I don't even know what leagues are out there; much less the rules. People always seek an advantage. That's human nature. If the rule makers don't restrict the technology, then people will push the technology to the limits of what people can afford. When the average Joe can no longer afford to compete..... then only the people with money (i.e. sponsorship's) win. Sound familiar?

Brad M - Are you the good twin or the bad one?

Despite overwhelming evidence to the contrary, Mom still thinks I'm the good one.

Brad S - How hard is it to create a PB product bring it to market, maintain proprietary control over it, make a profit, and maintain both your integrity and enthusiasm for the game of paintball?

Its not impossible, but its getting that way. People who have never made a product think the idea is the hard part. Its the easiest part of the process. Most people fail because the process gets harder and harder the closer you get to having a product to sell. The really hard part though is finding someone to buy it when it is done. For the very rare few that get through the process and find someone to buy it, then they get to learn all about trying to protect it. I could go on for a few hours about the US Patent and Trademark Office, but suffice it to say the process is stacked heavily in favor of the corporations and their lawyers and has little regard for inventors. Maintaining your integrity is a constant challenge. Most people only consider greed / profit when pondering the question of integrity in business. If you ever have 20 employees whose jobs depend on you making the "right" decision, you'll understand its not always about greed though. I've never had a problem maintaining my enthusiasm. .

Lee L - With the upcoming release of the D-mags, internal air line and MATS system for the Rap4/tacamo conversions kits, how do you and/or Milsig plan to compete with them in terms of price/affordability? / what is your stance on this product versus a milsig marker?

I thought MILSIG had already answered all this pretty well. Between the new Paradigm II, the HEAT system, the FXR, and the M17 I think MILSIG has got it covered. I don't expect MILSIG to start competing on price any  time soon though. They never have and I don't think it is their best interest to do so anytime soon. Everybody wants cheaper magazines up until the second somebody starts shooting at them. Then they want one that works and has more balls in it.  I thought a $5 mag was pretty improbable when RAP4 announced it in 2010. Thanks to a lot of money printing by every central bank in the world, $5 doesn't buy what it did 2 years ago. We will see...when it comes out.

Brad S - Do you think Mag-fed play has the following and the staying power, as well as profitability to make it as a stand-alone version of Paintball? If so can it reach beyond the hard core players and appeal to the casual, and rental market player?

Most of the hard work has already been done by MILSIG and RAP4. The momentum is there to make mag fed the next "thing" in paintball. Its just a matter of time now. How big it gets  will depend on the players more than anything else. There will be enormous pressure to shoot more and more paint just like there is in the rest of the sport. If the players give into the pressure there won't much to differentiate mag fed and paintball as it is played now. If mag fed can stay based in reality (20 to 50 balls in a mag) it will continue to grow into a mainstream portion of the sport. I don't see it becoming a big part of the field rental market though.  Its too complicated for new users and too difficult to maintain the magazines for fields.

Shay R. - Do you see fields embracing magfed or dissing it considering a large portion of their profit is from FPO rules and magfeed players shooting much lower quantities of paint.

Most fields will diss it. The established fields are way too addicted to the "more paint you shoot the more money I make" business model to consider changing.

Joshua S - Do you see paintball as stagnant, growing, or declining?
I'll let Google answer that one for me.  http://www.google.com/trends/?q=paintball


If you're looking for Milsig and other milsim paintball products in the US, be sure to check out PsiOps as they'll invariably have the hook-up you're looking for. A big thanks goes out to Doug Brown, and I'll try to do many more interviews next New Year.
Email Post
Labels: Interview Milsig Milsim Paintball PsiOps