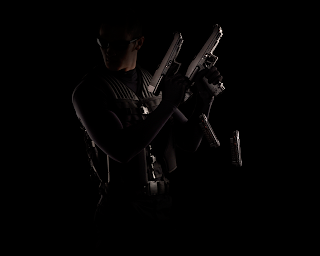 Eric Bratten was kind enough to answer a few questions about Tiberius Arms in 2010.


What was Tiberius' experience at Paintball Extravaganza?
The PBE in Atlanta was a good show for us, while traffic count was low we received great response and a lot of orders. We are excited about the PBE holding the next event on the west coast as we are think alternating the location of the event will help exposure and attendance.

With the release of the T8.1, will we be seeing a T9.1 hit the market in the future?
We do have a T9.1 model coming soon. We expect to release more details about these in the coming weeks.
How do you feel about recreational paintballers purchasing Veritas SA-8s due to some websites offering launchers as cheap as $99? (For more information, check out this post)
As you may have followed on the MCB forum the Pepperball SA-8 ordeal has been a challenge. We are 100% against anyone trying to use these for paintball. Many players don't understand that the seemingly small differences between less lethal launchers and paintball markers are very significant when it comes to safety and the proper direction for the sport. The $99 price is obviously a gimmick, Pepperball is choosing to sell these at a loss for their own reasons but unfortunately we have no part or input in that decision. We have taken extraordinary steps to try and help those how purchased one of these and now regret that decision but with some additional effort from Pepperball the situation could have been avoided.
A big complaint about the T4 has been the size of the magazines, and many owners have been chopping them down to smaller sizes as soon as they purchase the marker. Is there a shorter mag in the works?
We are very excited to say that we have 10 round mags for the T4 nearly complete...should be on sale by Monday.
What are some of the challenges Tiberius Arms encountered in the year 2009?
The 2009 market was difficult for the paintball industry must like most other industries...the economy while recovering is still down. Fortunately we have always continued to make strides to improve our offering so 2009 treated us very well. The release of the new T8.1 that offers a lot more features/performance for a much lower price has been a huge hit.
What is Tiberius Arms most excited about for the year 2010?
We are excited about 2010 with the release of the new T9.1 series rifles and continued growth and success of the First Strike projectiles we expect to have a great year.
Any teasers as to what we can expect from Tiberius in the future?
Extra tidbit. Due to the popularity of the First Strike projectiles we will be releasing some bulk packs in the coming days that makes them much more affordable. 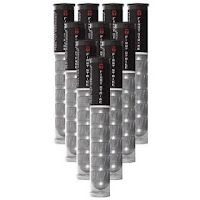 So, great news, the T4 will have shorter mags released much sooner than expected, and we will see a whole series of T9.1 rifles! I congratulate Eric on how well he has handled the SA-8 situation, Tiberius Arms has gone above and beyond in its attempt to rectify the situation. With the First Strike rounds soon to be released in bulk packs, you may be seeing more of these guys at the local field.
Email Post
Labels: Interview Less-Lethal Milsim Paintball T4 T8 Tiberius