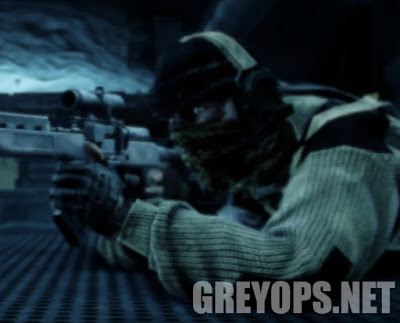 The Canadian winters are long and generally devoid of the frequency of paintball we enjoy over the summer. That being said, Battlefield 3 will be coming out this Tuesday, and it will no doubt suck up a lot of my time. So, with this being a milsim/camouflage blog and all, I figure'd I'd start a new series I'll update on occasion. So, the first entry in "Camouflage in Video Games" (or CVG for short) was born, with a look at a little tidbit I picked up on (and believe I am the first to, having used my google-fu to investigate).
The above and below pictures are taken from this video and depict a sniper with an SKS picking off digitized American troops. Oddly enough, this marks the first time I've ever seen CADPAT in a mainstream game without modifications. Well, at least I believe it's CADPAT.

One small step for the use of non-American camo patterns in games, one giant leap in the potential recognizability of CADPAT. Let's see what else ya' got Battlefield. 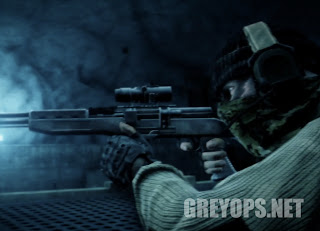