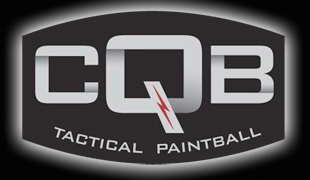 A much talked about field amongst the milsim players in Ontario, I had the pleasure of visiting CQB Tactical Paintball this year.
Field: CQB Tactical Paintball
Location: Toronto, Ontario, Canada
Type of field: Indoor
First impressions: Myself and the group I was traveling with arrived in the middle of the night, and when arriving at our GPS determined location we were a bit skeptical if we were in the right place. But amongst a bevy of seemingly abandoned warehouses and miscellaneous industrial buildings, there was CQB. Through a series of short narrow corridors you can soon find the staging area for CQB, which certainly aims to impress. The staging area is comprised of a lower level with gear behind a counter, a large open area, a bathroom, and a second floor looking down upon said open area. Large fence lockers are everywhere with gear in them, and the top floor has a cage display area of various milsim/replica markers. However, the most impressive and striking feature for me was the gigantic screen showing live feeds from the field. 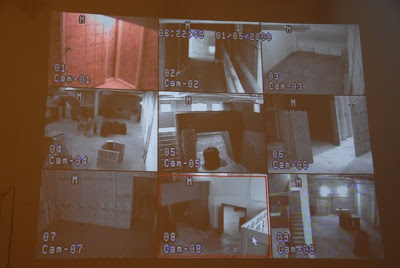 I thought this was an ingenious and well implemented idea.
Gear: As a group, we all rented Milsigs, but all save a couple of the markers on hand had been converted to hopper-fed. This was a bit of a disappointment as we had planned on all playing mag fed, and we were also told that the Tiberius T8s we had planned on renting were unavailable as there were no 12 grams in stock (which was not CQB's doing, but rather a supplier issue). Patrick and I had brought our own tactical vests and gear, and the rest of the group used olive drab vests that were quite nice and seemed to perform well. Everything appeared to be clean and in good working condition, and few malfunctions occurred over the course of the night. X.O. VI paint was supplied. 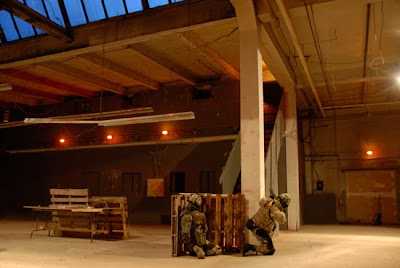 The field: Obviously, this is the main selling point for CQB. One of a kind in Canada, this field is truly spectacular, with almost everything you could look for in a tactical paintball environment (I'm staying away from the term CQB as a descriptor as that would just get confusing). The set-up includes multiple levels, opening doors, sliding windows, crawlspaces, ladders, stairs, multiple points of entry, fog machines, strobes, vantage points and more. One big surprise was the variable lighting. We desired to bump up the intensity of gameplay a bit, so right off the bat the staff turned down the lights in the facility for us. 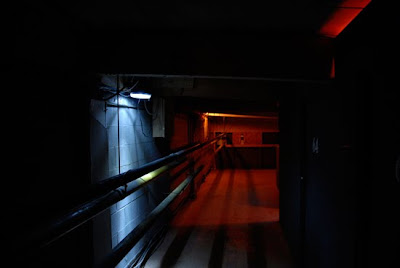 Gameplay: Games ranged from short sweeps of the field to protracted nerve-wracking engagements and everywhere in between. Even with evenly balanced teams, I felt that one side's starting location had the advantage, but this issue may very well have been addressed since my visit. A few games in, three staff members joined each of our group's teams which provided an interesting dimension to the games, as they provided good insight to the layout and general tactics. If I were to return, I would bring a flashlight as the darkness was both confusing and unnerving. Opening doors and windows was great fun, and resulted in more than a few surprises. Scenarios designed by the staff were well run and thought out, and included: capture the flag, find the hidden container, attack and defend, and a domination (a la Call of Duty 4) style game. 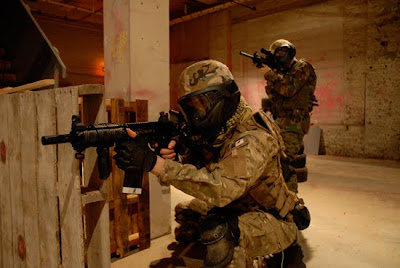 Staff: All the staff were helpful, knowledgeable, and great to play with. Standing out amongst the group was the owner of CQB, Will. He seems truly dedicated to providing an authentic tactical experience. 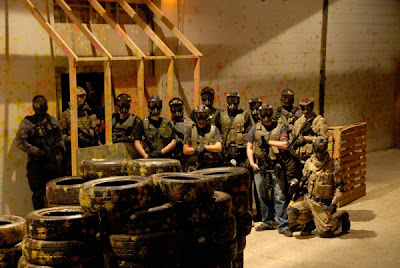 Pictured above is my group and various staff members. Patrick and I are fifth and fourth from the left, respectively.
Overall: The question I ask myself is this, "Was it worth it to go from Ottawa to Toronto for just a few hours of paintball and then come all the way back on no sleep (getting in around 7am)?". Yes.  A combination of the spectacular field, cool scenarios and great gear made it a genuinely immersive experience.
Now, a small disclaimer. The pictures above (all taken from CQB's website) were taken when the field was still new. When I was there (and this was several months ago), the wall near the entrance looked like this: 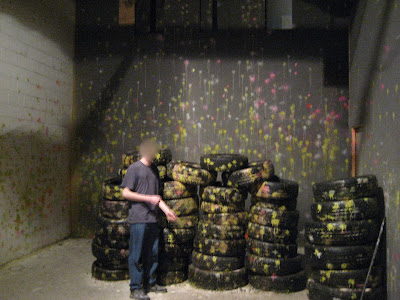 Now I'm not saying this is a negative, but just don't expect everything to be pristine when you get there.
Email Post
Labels: CQB Tactical Paintball Milsim Paintball Review