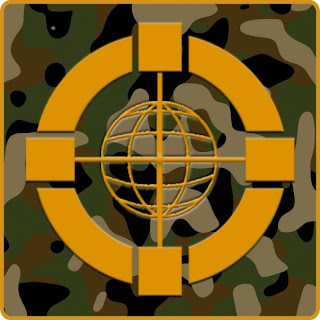 Wow, where to start. I recently had conversation with Richard Brea about his creation, MilSim Corps, and I was blown away. Before I discuss my thoughts, let me outline the organization.

Name: Milsim Corps. Some have been misled as to what the term MilSim Corps stands for. The MilSim in the name refers to how the organization utilizes simulated military ranks, it doesn't necessarily mean an enforcement or promotion of strictly milsim markers/attire/strategies etc.

Basics: MilSim Corps is a scenario paintball league with the goal of creating a risk-free, easily accessible, membership based means of bringing scenario teams together in a competitive atmosphere. At its most basic it is a league that pits teams of 5-7 players against each other at Milsim Corps affiliated fields (of which there are 32). Every year, Milsim Corps will create a single large scenario. This mission is split into 6 seperate missions, with teams playing one mission a month. This mission is split into three half hour games. The goal is to have teams close enough to an affiliated field that travel will not be any inconvenience.

If you want to get a good grasp of what Milsim Corps is all about, keep in mind the analogy that Richard outlined to me, and that is a softball league. So on that note, let's get down to the details...

Membership and Registration: Membership is on an individual basis. That is to say, teams don't have to pay anything, but every member of the team will have to be a member of Milsim Corps. Much like a softball league. The cost of membership is $50.00 a year. But, this year, you can try out the league for free. You may register your team online, or you can email your team name to Milsim Corps and they will reply with your team I.D. number. If your do choose to register as a member this year, you will automatically go to the regional league tournament (more about this later). Once you're all set, you can look up the field list, find out what mission you need to play, call the local field, and set up your game. Included in the membership are custom dog tags and a Milsim Corps I.D. card.

Statistics Tracking: Your member I.D. will stay with you through your stay in the league, and will have all your statistics attributed to it. After each game, affiliated fields will send in the stats to Milsim Corps, and you will be able to have a detailed look at them online. 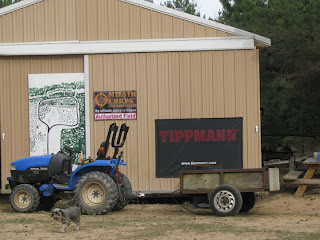 Missions: Teams will never have to play the same mission twice, and you won't be seeing any vanilla capture the flag scenarios. Teams will have designated roles in missions. Team leaders will get additional points for winning games, Snipers will be given a certain number of differently coloured balls to eliminate designated non-human targets, and demolition members will place functioning paint mines on objectives to eliminate them. Scoring will be worked out by an armband system. Players will wear designated arm bands and hand them in to refs once eliminated, and are tabulated at the end of matches to determine scoring. Medics will be given orange armbands to revive players during gameplay, which allows medic scoring to be tabulated as well. This system makes stats tracking zero effort for refs and players. 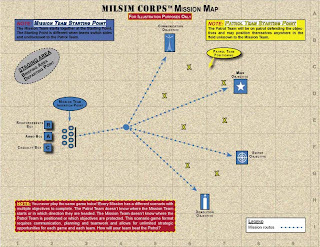 Rank: The more missions you survive without elimination, the more ranks you gain. The more you do within a specific role, the greater your specialization rank in that role becomes.

Sponsors: It is Milsim Corps' goal to have full sponsors for teams that do well. That doesn't mean just 10% off equipment from the sponsor, but sponsors paying for membership registration or even paying members to play in the league. Currently, RAP4 is a sponsor of Milsim Corps, and you can expect them to take an active role in the league. 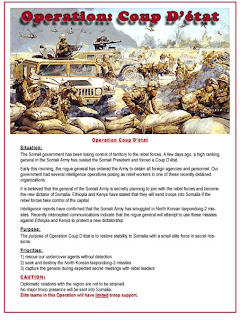 At this point, field owners out there are probably asking, what's in it for me? Why is this a safe business venture for me? Well...


Why should you participate?


For now, Milsim Corps is based solely in the United States. However if you live in Canada, the UK, Ireland, South Africa, Brazil or Malaysia, you can expect Milsim Corps to be coming to you in the future. Every country will have its own league, with its own website/stats etc. 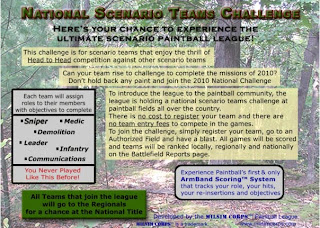 I have to say, I'm enamored with almost every aspect of this league. There is no risk or associated cost to field owners, so there is no reason not to be associated with the league. Players can try the system for free this year, and if you don't like it, there's no loss. If you do like it, you can automatically participate in the regional matches. If you want to know more, email me or contact Milsim Corps.
To become a member click here.
To register your team, register your field, request a field to be registered, or become a sponsor, email Milsim Corps here: info@milsimcorps.com.