That's right, A-TACS FG is here. Here's what you want to see: 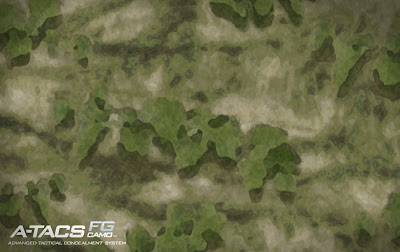 (This is my new wallpaper) 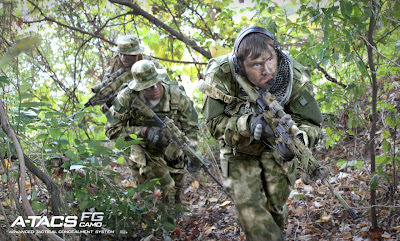 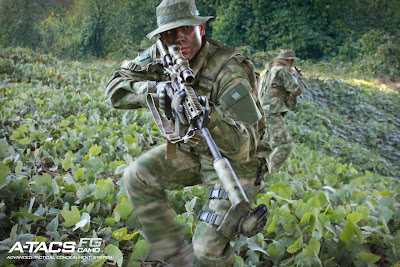 My verdict? I love it. I was really hoping for more than just a rehashing of the previous pattern with a new colour scheme, and DCS really delivered. What I'd really like to do is get a set of PenCott GreenZone and A-TACS FG to do a head-to-head comparison, as looking at the two I think they're both in contention for the same AO. What's your opinion on the pattern?

On another note, it's been 1 year and 363 days since Grey Ops' first article on A-TACS. It's really awesome to see how far they've come. Truly a testament to how a small group of people can do amazing work with the right skill set and motivation. Congrats guys!

Pics used with permission of A-TACS staff, who say there will be more to come. Stay tuned throughout the day! 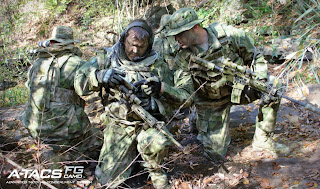 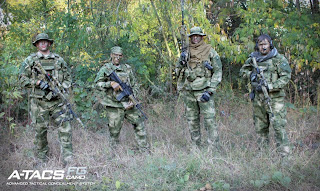 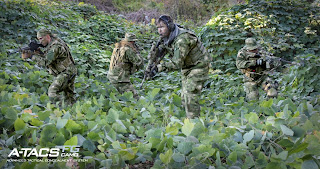 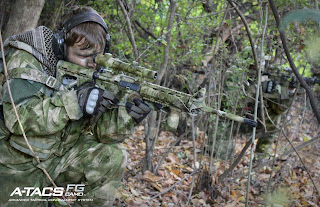 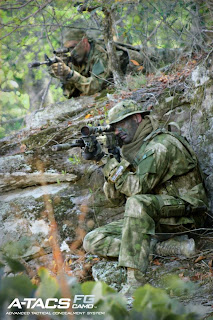 "Ever since the launch of the original A-TACS Camo Pattern, people have been asking for a green variant of the pattern. The easy answer would have been to create a simple re-color of the existing pattern and release it as a green variant. Taking that approach may have been easier and faster however, it would not have been the correct way to create an effective temperate climate pattern. The characteristic environmental elements and shapes found in greener, more temperate settings needed to be addressed.

The answer was found in the creation of an entirely new pattern based on the A-TACS Camo’s unique “pattern within a pattern” concept. The addition of simulated depth was also necessary in order to add visual disruption to further break up the human silhouette.
After over a year of development and input of countless tactical professionals, we are proud to introduce A-TACS FG (Foliage/Green) Camo. Utilizing numerous shades of green sampled directly from a variety of forested and transitional terrain elements combined with various shades of earth, A-TACS FG Camo was developed to be effective in a wide range of temperate environments. As with the original A-TACS AU (Arid/Urban) Camo pattern, the organic pixels in the micro patterns are grouped into larger, more defined “macro” shapes creating larger more defined patterns. The larger organic shapes and strategically placed shadow elements within the macro pattern help to create a unique three-dimensional effect never before seen in a tactical concealment system.
Following this announcement in the coming weeks, we will post more photos as well as updates on specific A-TACS FG Camo gear being offered by our manufacturing partners in addition to specific information regarding product availability.
A-TACS FG Camo gear in photos provided by, Propper (ACUs and Boonies) Tactical Assault Gear (Plate Carriers and Pouches), Blue Force Gear (Weapon Slings) Grey Ghost (Plate Carriers and Pouches) Beez Combat Systems (Plate Carriers), Danner (Boots)"