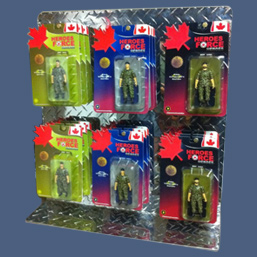 Ever wonder where the Canadian Forces action figures were? Me neither, but now that I've seen them it blows my mind nobody's done it before! Now the 3 branches of the Canadian military come in action figure format, as designed by a fellow named Shannon Thibodeau. They haven't found their way on to major retail shelves yet, but you can see where to purchase them on the Heroes Force (the name of the figures) website. 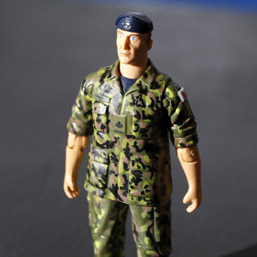 The best part? $1 from each figure sold goes to the Soldiers fund in Ottawa. Click here to read the full story of the action figures.
Email Post
Labels: Canada News