News is rolling in that the infamous Jonathan Idema is dead due to AIDS complications as of a few days ago in Mexico. Most of you will have two questions, the first being, "Who the hell was Jonathan Idema?" 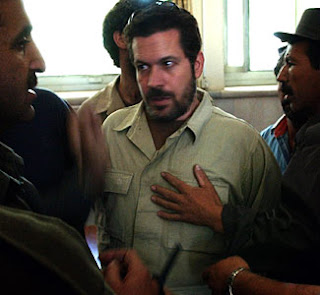 Well, Jonathan Idema was a... troubled individual. I'm not going to discuss the grey areas of his backstory, as they are quite numerous and very confusing. What we do know is that Idema became (in)famous for trekking over to Afghanistan, and attempting to secure bounty booty by kidnapping and torturing Afghans for the whereabouts of Taliban insurgents.

Now your second question is, "Why is Connor talking about some batshit crazy mall ninja on Grey Ops?"

Well Mr. Idema is slightly less known for his contributions to paintball, wherein he created the business Idema Combat Systems. This company created vests that were used by many paintball players, and he created what is possibly one of the first pod packs ever made. 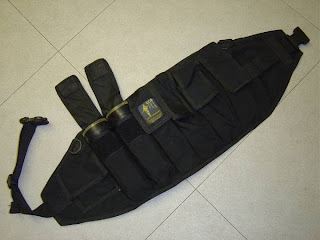 Go and ask some of the more *ahem* antiquated paintballers (I'm looking at you Doug, I've seen pictures of you in an ICS vest), who might have owned an Idema Combat Systems pack/vest in the past. Some of them may be surprised to learn what happened to Jonathan. But given his turbulent track record even in paintball, I'm guessing his activities in Afghanistan were no surprise to most. There are apocryphal accounts of him verbally berating customers and competitors over petty matters, and one firm account of him being involved in a fist fight at a paintball tournament in the 90s.
Email Post