The introduction of PsiOps, inexpensive RAP4 conversion kits and a change in the economic climate for paintballers seem to finally have acted as a catalysts towards mag-fed play in the United States. Perhaps this year will be the year we see a large surge towards the adoption of magazine fed markers, or limited play in general in major venues/markets of the states. 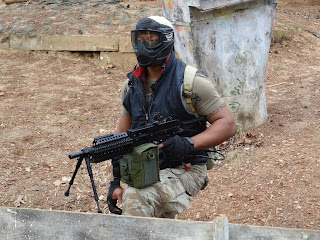 Command Decisions Wargame Center, known for their yearly Fulda Gap scenario, recently hosted a test game wherein players were outfitted with magazine fed paintball markers. From what I've seen from my regular forum lurking, that game alone seems to have carried with it some influential converts. In particular, the folks at DeadBox seem to be really interested in mag-fed play, and have hinted at a new website that will function as a store/blog named MagWell (click for the website in development). 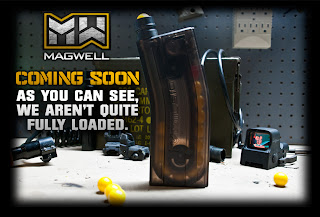 On a sidenote, I think hipster cat can say it best: 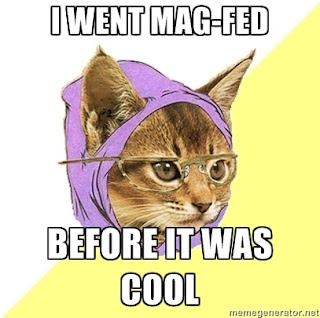