Missed this press release in my mailbox while I was taking my little break (an apology goes out to Lawrence for me not noticing this sooner), many of you may have already read this, but those that haven't might still be interested: 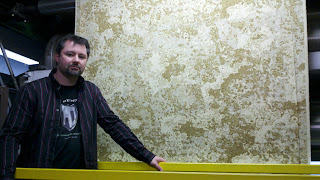 “Woodland”, “Transitional” and “Desert” variants are the first colourways of a wider portfolio
Already in high demand from military and law enforcement special operations units in North America, Europe and the Middle East, the following PenCott colourways are now in production on mil-spec, Berry-compliant, 50/50 NyCo ripstop fabric -
Over the next few months, these colourways will also be available on 65/35 Poly-Cotton ripstop, 500D Cordura Nylon and 1000D Cordura Nylon fabrics.  Further synthetic and/or mixed fabrics will be made available based on demand - special finishes will also be available on request.
The PenCott-Snowdrift™ colourway will be in production later this year, additional specialised colourways are also currently under development, and Hyde Definition will also be launching its own clothing line in the next few months.
The PenCott Multi-Environment Camouflage pattern family has already been added to the product portfolios of the following companies:
PenCott camouflage patterns have also been chosen to compete in the Polish Future Soldier programme and will be entered into the US Army’s Camouflage Improvement initiative too.
Hyde Definition wishes to thank the team at Duro Industries for their diligent assistance in making the PenCott Multi-Environment Camouflage pattern family a commercial reality.
Contact Hyde Definition for further information regarding fabric purchasing, retail / distribution partnerships, licensing arrangements or for any other further information.
Background Information
At Hyde Definition we have studied camouflage from different artistic, scientific and historical perspectives and have analysed hundreds of patterns and thousands of natural tones.  The result is the PenCott™ Multi-Environment Camouflage pattern family, which we believe is the most effective hybrid digital camouflage pattern available today.
First launched in 2008, PenCott is more effective than other patterns because it includes a -
The result is that the wearer literally disappears into the background "noise" of the terrain and escapes both detection and recognition.  And when you’re down-range even a split-second advantage in detection or recognition can mean the difference between mission success or mission failure. PenCott helps give you that kind of edge.
www.hydedefinition.com 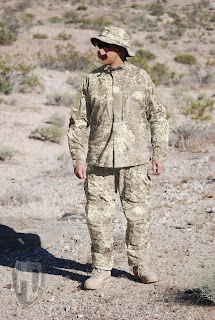