Skip to main content
Labels
Posted by Connor May 01, 2011 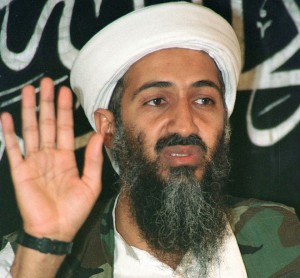 Well were here at Grey Ops are privy to more intel than commonplace news sources (a result of a combination of ninjas and a global intelligence network), and we're reporting that Mr. Bin Laden is not dead!

The elusive and evil terrorist lives on in undead form, and it's up to every man, woman and child in North America with a paintball gun/plinking rifle/airsoft gun to end his reign of terror. To do so, pick up the inventive Osombie Bin Laden targets through OPSGEAR (available in singles or packs of 25). Flagrant linkbait? Bite me.

Update (Midnight) - Hot on the heels of our announcement, OPSGEAR has announced that tomorrow will hold a sale on the Osombie targets in commemoration of the zombification of the villain.