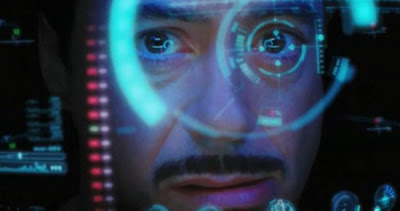 Disclaimer: In the Future of Paintball series, we at Grey Ops take a look at a promising new trend or technology that may affect Paintball in the near or distant future. As Futurism is a difficult science, and we don't in any way consider ourselves "Paintball Futurists", this recurring feature is for entertainment purposes only.

In a purely coincidental move, this will be the third "Future of Paintball" post that deals with paintball goggle technology. For the previous two, be sure to check out this and this.

We're all used to blasting space aliens and chasing enemy MiGs on videogame consoles with a futuristic Heads Up Display (or HUD). But have you ever thought of playing a game of paintball with a HUD? Individual HUDs are finally starting to pop up in real military applications, and given the miniaturization and eventual lowering price of any electronic over time, it's conceivable that with the next few years a commercially available paintball HUD would become commercially available.

"Specifically designed for the U.S. military, the Tac-Eye display system was built with and for the Warfighter. Battlefield tested and proven, ultra low power electronics drive this display enabling it to run for up to 5 hours on a battery." - So read's a VUZIX Tac-Eye description
In fact, HUDs have already transitioned over to the recreational market, as seen with the Trascend Ski Goggles: 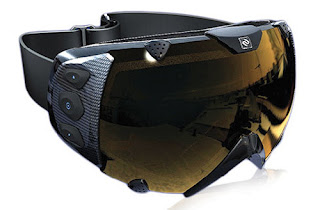 For about $400, technology obsessed skiers and snowboarders can buy this awesome goggle system, which tracks lots of information provided by an onboard GPS unit.

So what features would you guys like to see in a future Goggle HUD system for Paintball? Elimination trackers? GPS waypoints? GPS minimaps?
Email Post
Labels: Future Goggles Paintball