News From the Front: PRZ Facilities 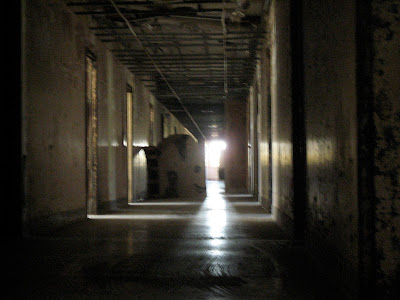 Any amount of images will only belie the grandeur that is the Prince-Edward Recreation Zone (PRZ). I had the opportunity to explore the myriad assortment of buildings during Return to Craig 2.0 before people started roping paint on walls, and found myself wanting to spend a whole day exploring every nook and cranny of the facility. 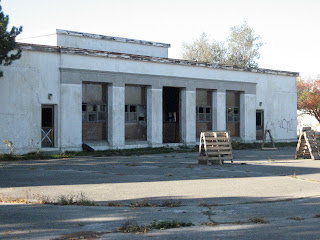 Beyond sheer size, and believe me PRZ is huge, the now abandoned military hospital is at times maze like and there is a large amount of variety from one building to the other. Staircases vary from one building to another, and multiple points of entry are normally present in every building or large section. 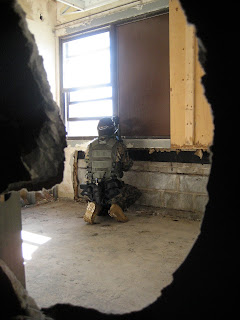 Canadian Forces have mouseholed through many of the concrete walls, allowing players to get the drop on the unwary occupants of rooms. The evidence of these entries can even be found in picturesque blast marks on some walls. To prevent rooms from becoming too easily breached (I'm assuming), some of these mouseholes have been bricked up or sealed with a plywood plank. This attention to detail speaks to how much thought has gone into the facility's reworking into a paintball playing environment. High traffic areas were created, while still maintaining avenues for the crafty/sneaky attacker.

For the urban explorer, PRZ also offers a creepy and legal opportunity for near complete exploration (except for some areas that are sealed for safety purposes), with many remnants of the hospital's past still left in place. Here are some examples of particularly cool/creepy/weird features: 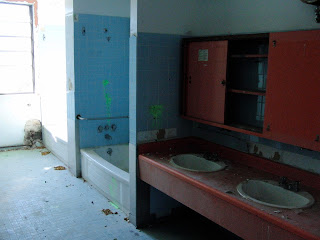 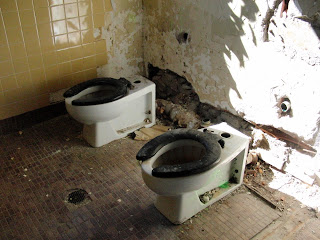 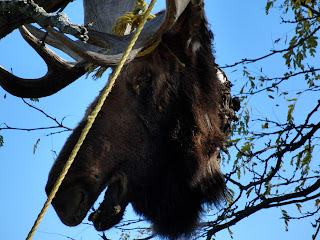 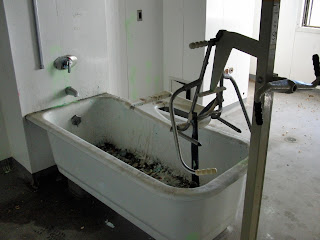 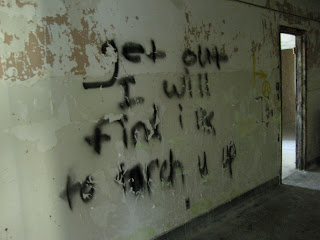 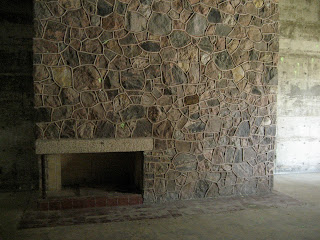 Being a bit of a safety stickler, I of course had to do my own low-profile prying in the facility. Happily, everything I looked for appeared to be in order and the facility was largely idiot-proofed. The floors were clean and not slick (beyond what paint was thrown on to them by the end of the day), with little to no debris being found anywhere. Electricity had been disabled (which is not only safe but cost effective) in the buildings, and the only exposed wiring showing had clearly already been looked after. Potentially dangerous sections were clearly labeled, I didn't find a single exposed nail, broken panes had been cleared and goggle reminders were put in strategic locations throughout the facility. Bravo PRZ. 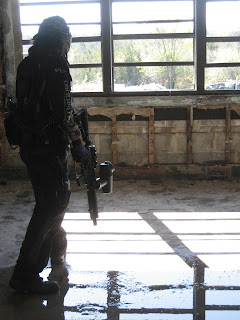 The field's dead zone features an air fill station (along with CO2 fill), several porta-potties (no review from inside the porta-potty, I hate those freaking things) and large common area. I would like to see a few more benches in the rest/briefing area and more clearly defined directions to it. I occasionally found confused players meandering around looking for the rest area. 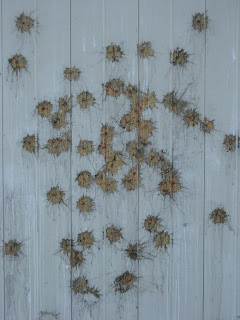 Watching the game from the sidelines gave me the opportunity to eavesdrop on players, and I didn't hear a single complaint about the facility from any of the attackers or defenders. That's not common from my personal experience, and for the facility alone I'd recommend anyone in Ontario check out PRZ.

Now I'm not wimping out on a full blown review of PRZ, the rest of the portions are upcoming.
Email Post
Labels: Event Milsim News From The Front Ontario Paintball Review