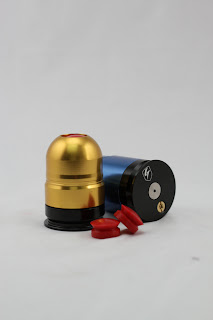 Via a press release sent to me by S-Thunder:


"PRESS RELEASE
Re -  S-Thunder Sponsorship of the Fulda Gap Airsoft & Paintball Events in the United States
S-Thunder (www.s-thunder.com) is pleased to announce its sponsorship of the Fulda Gap Airsoft 2010 Games (http://www.fuldagap.com/airsoft.shtml) which will take place from October 16 - 17.
With an expected attendance of over 700 airsoft players to participate at this event in Taylorsville, North Carolina, S-Thunder in conjunction with its distributor OnTarget Airsoft (www.ontargetairsoft.com) will provide prizes for this event.
Director of Business Development, Mr Yu-Hon Li states that "S-Thunder is proud to be a sponsor of this airsoft event and we have plans to provide additional sponsorship for the Fulda Gap Paintball Event to be held from November 5 - 7.  With an attendance of 1,200 to 1,500 paintball players, S-Thunder's distributor, OnTarget Airsoft based out of Georgia is currently in discussions with the Fulda Gap Paintball Game organizers to have S-Thunder sponsor the event with raffle prizes as well as allow players to test S-Thunder's full range of milsim/scenario products that includes our line of,
- shell ejecting tactical paintball markers
- 40mm composite grenade launchers
- M203 grenade shells
- EVA foam ball grenades
- milsim landmines"
Yu-Hon adds that "...S-Thunder is even considering to offer paintball players the chance to test a few of S-Thunder's high powered tactical paintball markers that are intended for military / police / tactical training use.".
The S-Thunder TEAM
www.s-thunder.com
www.youtube.com/sthundertv " 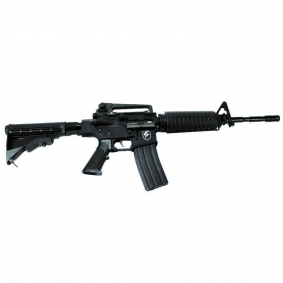 If you're wondering if S-Thunder has made it big in North America, here's your proof. With them sponsoring one of the flagship and most talked about events in the Western hemisphere, they've achieved much more than legitimacy. Does this mean there might even be minefields at Fulda Gap? While that may be a bit of a milsim wet dream I'd like to think it's a remote possibility. If anyone feels like sponsoring a Grey Ops trip to Fulda Gap, let's say I'd be more than open to the idea...

I kid of course, I don't expect anyone to pay for me and Mike to go to North Carolina for a paintball game/coverage.

But it would be nice.