"Plus One" for Mag-Fed Paintball Markers 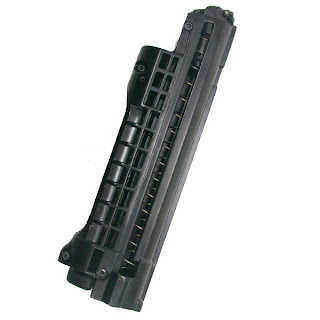 "Plus one" refers to the practice of loading a magazine into a real semi-automatic firearm, racking the slide to load a round into the chamber, then reloading another round into the magazine to replace it. This allows the shooter to carry a full magazine in the weapon, and an extra round in the chamber. Hence, "plus one". It might not seem like much, but that extra round could save the shooter's life when the s*** hits the fan!

Most mag-fed paintball markers suffer from a low magazine capacity, and in the case of a paintball pistol, you're limited to a mere 7 or 8 rounds. With the inherent inaccuracy of paintballs in general, and the tendency of some paintballs not to break, each of those rounds needs to count. And an additional paintball might mean the difference between you eliminating the other player, and walking off yourself. So is plus one an option for your mag-fed paintball marker?

Equipped with a Tiberius T8.1 paintball pistol, I did some testing to see if a plus one arrangement was a workable option. I first tested the concept with rubber reballs, to avoid any messy breaks in my marker. Finding no issues with either loading or firing the reballs, I moved on to field testing with actual paintballs at Return to Craig 2.0. Over the course of the day I put 3 magazines through the T8.1 using the plus-one concept, with absoutely no issues!

As there's no slide to rack on a T8, plus one works a little differently than with a real firearm. Simply take your unloaded pistol, and turn it upside-down: 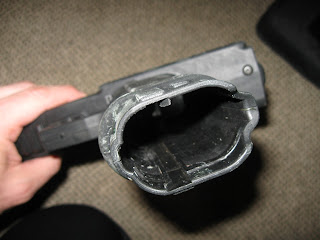 Next, drop a paintball down into the magazine well so that it comes to rest in the pistol's chamber. 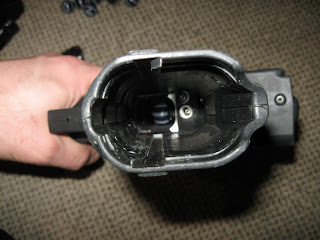 Lastly, while keeping the pistol upside-down, carefully slide a loaded magazine into place until it seats into position. 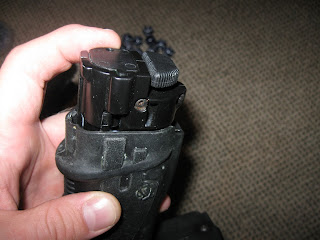 Now you're good to go! You'll have 9 paintballs in your pistol, as opposed to 8.

Keep in mind that paintballs loaded into mag-fed markers are under pressure from a spring in the magazine. This pressure can deform them, creating dimples and/or an oval shape on the balls that hurts their accuracy. By loading an extra ball into the total "stack", you increase this pressure and risk deformities. With this in mind, if you go with this plus one option, be sure to use harder paint that can take the pressure. Brittle Tournament-grade paint wouldn't be up to the task, while harder paints like Draxxus Field, Draxxus Blaze, or XO Spectrum could cut it. My successful "live" paintball test used Valken Grafitti, which uses a decently-hard shell.

In theory, this plus-one "mod" would work with any mag-fed marker, including a Milsig, Tippmann TPX, or Tiberius T4. However, as I didn't have easy access to these markers when I experimented with the technique, I haven't tested this theory out with them. Nor did I try this out with First Strike rounds. I leave this up to other marker owners, and look forward to their feedback in our comments section or the Grey Ops forum!
Email Post
Labels: Gear How To Milsig Pistol T4 T8 T9 Tiberius Tippmann