If you haven't yet heard of the "reality" show Special Ops Mission, which aired through 2009-2010 on The Military Channel, you're in for a lot of fun!

The reality series "stars" Wil Willis, a Special Operations veteran with 15 years of experience between the US Army Rangers and Air Force Para-Rescue. Equipped with an infra-red camcorder on his M4 carbine, you'll literally get to see what he sees when he sights down the barrel. 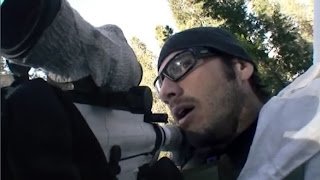 The show has a live-action video game feel, in that it pits a lone operator against an opposing force consisting of 4-5 members (most of them veterans of special operations forces themselves). Usually the OPFOR doesn't start out knowing that they're up against just one guy, and everyone is tense as they wait for contact. Wil spends most of the shows sneaking around, but eventually there's a showdown, and the Simunition rounds fly.

I put the "reality" part of "reality show" in quotation marks up above because let's face it, if there isn't any scripting in these types of shows, there certainly is heavy suggestion or coaching from the show's producers to get the participants to keep the "story" entertaining. With that in mind, the show is a lot of fun, and if you treat it as entertainment and suspend disbelief at times then you'll gobble up all the episodes you can find.

Finding them is a bit of a challenge though. From time to time you'll find the show mixed in with The Miltary Channel's current programming, but it's not in regular rotation. You can download the entire season from iTunes for $8.99, but if you despise iTunes as much as I do, you can find the Torrent file here. You can also watch the episodes on YouTube, but the episodes are broken into annoying segments (due to YouTube's time limits on uploaded video).

Whatever method you use to get your hands on it, THIS SERIES WILL MAKE YOU WANT TO PLAY MILSIM PAINTBALL! Not only that, but you'll wish you had a buddy with 200 acres of land to play outlaw on, so you can sneak around and run covert missions on it like you'll see in this series. Prince Edward Recreational Zone fans, be sure to check out Episode 1, "Operation Urban Terror". It'll make you long for PRZ soooo bad. 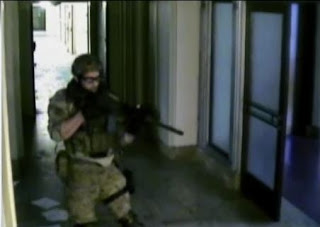 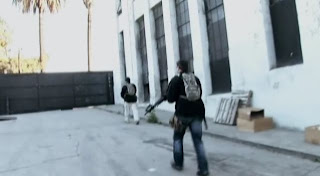 Unfortunately the show hasn't been picked up for a second season, despite being voted Best New Show by 52% of voters in an online survey by The Military Channel. Apparently Discovery Networks, the parent company behind the channel, decided it was a great show, but the wrong channel for it. I can only interpret this to mean that The Military Channel prefers documentary programming, and wishes to leave "reality" tv, even if it's military-oriented, for other players in the game.

Nothing is set in stone however, and if you like Special Ops Mission (and I'm sure you will), please drop Discovery Networks a line here, letting them know that you think the show should go on. I've already submitted some positive comments for the show, and we can use all the help we can get to have the program renewed in 2011.

A big thanks to my buddy Jordon for bringing this program to my attention!
Email Post
Labels: Less-Lethal Military Milsim Review Scenario War