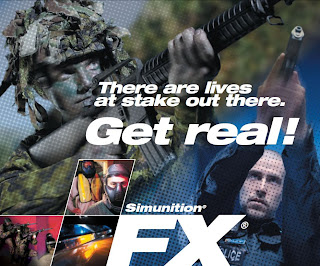 On any given weekend, we as Milsim Paintball players dress up like soldiers and police, and simulate gun battles by shooting at each other with .68cal paintball technology for fun. By and large, most of us are happy with the level of realism afforded to us by our guns and gear, and even those that grumble tend to just buck up and enjoy the game. But what do actual soldiers and police use when they want to simulate a deadly force encounter or mission? What technology do they turn to when they want to practice gun battles, with the utmost realism required for their training? 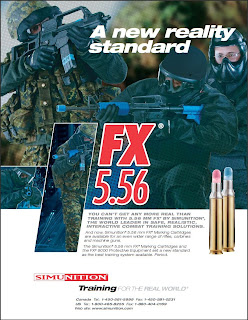 Simunition FX marking cartridges are designed to fit most 9mm, .38cal, and 5.56mm real steel weapons. The cartridges outwardly resemble real cartridges, but feature marking projectiles in the head as opposed to real bullets. The internal workings are different as well.

The marking projectile consists of a plastic cartridge with a coloured fill. The plastic cartridge is slit horizontally all along its sides, so that when it hits a target it splits and marks it in a distinctive "bloom" pattern, about the size of a quarter. Thanks to this it's extremely rare to get a bounce when using Simunition cartridges.

There are several different colours available, but the most common are red (more like a pink) and blue. This colour coding allows trainers and students to determine who hit who (including if a student was hit with "friendly fire"/blue-on-blue). The fill is basically coloured bar soap, which of course makes for easy cleaning after a day of getting shot up. With the solid fill there's no running goop or big splat like you get from the PEG in your average paintball, so it's easy to see precisely where your round hit after the exercise is called. With no gelatin shell or fill to harden, there are less problems using the marking rounds in cold weather. Recently, a marking cartridge with a clear fill was added to the Simunitions line, for training in "borrowed" facilities where you don't want to leave a coloured soapy mess behind.

Simunitions FX are part of a larger overall package called the FX Training System. The system features proprietary protective gear, with the mandatory pieces being a helmet providing full coverage (AKA "The Gorilla Mask"), a thick neck protector, and a groin protector which can be worn over issue pants and BDUs. 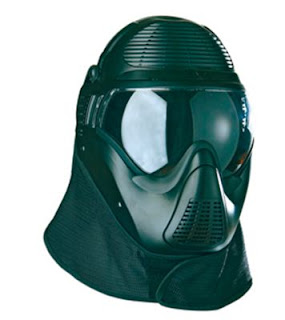 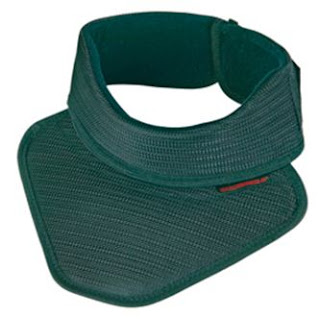 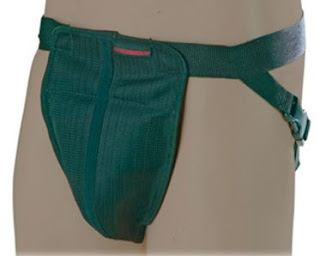 Technically only FX gear is allowed to be used with FX cartridges, but some agencies play with fire by using ASTM-certified Paintball masks with them instead (the FX gear is expensive, and the cost can be prohibitive if they need to train large groups of recruits or students at once). In fact, because of this anyone who's purchased a Dye or Proto goggle product will find an insert advising them NOT to use the mask with Simunitions. In case you were wondering about specific velocities, an FX projectile fired from a pistol in a wind-free environment will usually fly in the 450fps range, while it's significantly higher for the 5.56mm rounds. I've found no information on how much energy they deliver on impact, but having been hit with both FX rounds and paintballs, I can say that the sting is similar. Some hits will hurt more than others, and where you're hit and from how close count for a lot!

FX pistol rounds are "Tactically accurate" up to 25 feet, meaning they'll fly almost exactly like real bullets out to that distance. After 25m they suffer from bullet drop, although not as badly as a paintball. The combined aerodynamics of the FX round (it's shaped like a pistol round), along with the primer propelling it, allow it to fly a longer distance. The 5.56mm FX rifle rounds are tactically accurate out to about 100 feet, making them ideal for CQB training with a carbine. The clear marking rounds are only tactically accurate out to 15 feet though, due to the lower weight of the clear marking compound/fill.

Contrary to what many people believe, Simunition FX rounds are not "plug & play", and for safety reasons a weapon needs to be converted to fire them. In the early days of the technology the entire upper receiver of a weapon needed to be changed to use the cartridges, but the current method is to swap out the internals of the upper receiver with a blue bolt and a couple of other minor parts. Not only is this more economical, but the conversion can be done faster than with the older system. Generally, a weapon converted to Simunitions will show a generous amount of royal blue on its exterior, to advertise loud and clear that it's a training gun. At the very least, looking into the chamber of an FX training weapon will reveal a blue bolt. 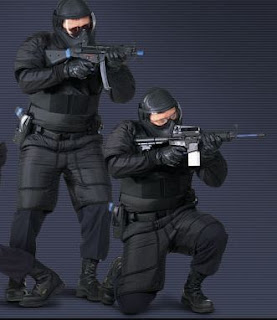 The system is not without some problems. Because of the lighter powder loads to limit velocity and keep them safe, the rounds may fly slowly, or not even exit the barrel at all. It's rare, but sometimes a defective round may leave a projectile completely obstructing the barrel, or coming apart and coating the entire length of the barrel in a mashed potatoes-like soap - the ultimate barrel break. The frailty of the cartridges means that you can't load as many rounds into a magazine as with solid bullets. With real lethal cartridges, bullets made of various metals provide solidity, allowing many to be crammed into a magazine. But because of the soft head/projectile in an FX round, the cartridge is mostly hollow, and loading too many rounds into a magazine puts too much pressure on them and deforms them. An oval cartridge doesn't feed too well into a firearm, which leads to the biggest problem using Simunition equipment: Misfeeds! Misfeeds are very common while training with Simunition, but this is looked at as a HUGE training bonus; it shows students that their duty weapons aren't invincible, and gives them a chance to practice clearing jams and misfeeds under stress while in a scenario.

With paintball equipment becoming more and more "realistic" in the aesthetic sense, there have been several attempts by Paintball (and Airsoft) companies to try to break into the law enforcement and military training market. Despite these attempts, the Simunition FX System dominates the market - and for good reason. There's just no beating the feeling of training with your own real steel weapon. A true sense of "specificity" is required for effective force training, meaning things have to feel as close as possible in training as they would in the real world. A T68 magazine or a MATS stock just don't have the same feel as the parts on an authentic M4, and the negligible recoil of an Airsoft rifle or Alpha Black has nothing in common with the recoil of an actual M16.

Aside from "feel", practicing the EXACT motor skills an operator would need in combat is crucially important to force training as well. If a SWAT team member is going to practice clearing jams and reloading his Glock pistol for real situations, it serves nothing to practice under stress with a RAM .43 look-alike marker with a thin pencil-sized mag (and powered by a CO2 cartridge). The motor skills and troubleshooting are far different, and would probably actually take away from the the skills needed in a shitstorm scenario, making such training detrimental. A stovepiped round in the chamber and a paintball break in the breach are both weapon malfunctions, but the soldier training to save his life needs to practice the former. This is why Simunition FX is king in the military and law enforcement training market, and paintball guns, as "realistic" as they might LOOK, will never measure up because of their limitations. But this is nothing new; while Milsim paintball often benefits from military and law enforcement tech as hand-me-downs (think of First Strike rounds, MOLLE, and reflex weapon sights), the benefits crossing over in the other direction are rare.

For an example of Canadian soldiers training using Simunition FX, click here. And here's a little clip I found with some info on Simunition rounds, and how they mark when fired: