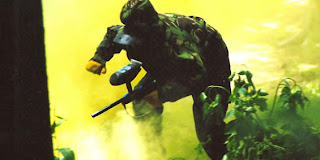 In this installment of the Grey Ops Tactics Series, I'll be discussing a difficult subject: Withdrawal. And by withdrawal, I don't mean what you feel when you haven't played Call of Duty: Black Ops since yesterday, or when you're 10 hours into your latest attempt to quit smoking. I'm talking about the bitter reality of having to RETREAT when your team is getting whooped on the Paintball field!

There's no shame in losing, as it happens to everybody. But when it's obvious that you're up against more than you can handle, there's also no shame in getting the hell outta there and avoiding a slaughter.

In the glory (gory?) days when leaders would fall on their own swords when their soldiers lost a battle, there was tremendous stigma attached to the idea of retreating. Even today it lives on in Machismo, where to run from a fight shows you're less of a man. And the word "retreat" carries such a negative light that most modern armies won't use the word to describe a maneuver by friendly forces. An enemy force may be described as being "in full retreat", while friendly forces being routed are simply withdrawing, pulling out, breaking contact, or falling back. 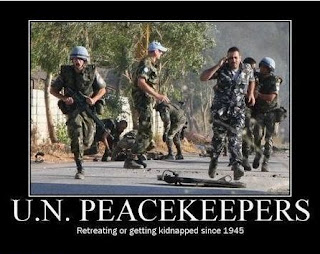 But in modern times, the concept of withdrawal is usually accepted as a worthy tactical option to save your ass! Sometimes it's just plain ol' good tactics. For example, if you're in a scenario game, and your General has sent your team of 6 players to harass the enemy base/respawn point, is it really a good idea to park yourselves in a given position and fight it out with 50 respawning players plus the opposing forces (OPFOR) assigned to guard the base? Hell no! In no time you'd be counterattacked, suppressed, flanked, and eliminated by a superior force. To have any hope of surviving you'd have to attack the base with hit-and-run tactics. This post will explain how to properly execute the "run" part!

First, let's look at situations where withdrawal is a useful tactic:

As mentioned earlier, any time you want to run a small unit "insurgent" action against a large force, it's in your best interests to run as soon as you've inflicted as much damage as you can do. Staying behind is just inviting disaster.

If you're in an engagement with the opposing team, and notice that your lines are getting thin and you're spread too far apart, its a good idea to withdraw your forces a little further back, regroup, and reposition them in a more favourable position. Likewise, if you see the OPFOR getting ready for an heavy attack on one of your flanks, it's a good idea for the team members on that side to pull back to a better, more defensible position to thwart the flank attack.

In the same vein of guerilla tactics, if the battle isn't going well for you, withdrawal is also a good tactic to get elements of a larger force to pursue you when you want to set up a hasty ambush and even the odds a little.

Acting as a Bait Force

A hit & run attack is a good way to get the OPFOR to follow you into a properly-organized ambush.

A quick attack followed by a withdrawal is a great way to distract the OPFOR from your team's real goal. While their forces are engaging or pursuing your squad, the rest of your team can descend on the flag or other objective with less (or no) resistance.


How to withdraw with style

When withdrawing, you want to keep it organized and smooth. An improper withdrawal ends with one or more of your team getting shot in the back, while a proper withdrawal usually gets all of your members out of harm's way with no losses. Here are some considerations to keep in mind for a successful withdrawal:

In the context of withdrawal, covering fire differs from suppressing fire in the sense that you're not attempting to suppress/pin down your opponents. Instead, you're laying down fire to harass them and to slow their advance - "stemming the tide", so to speak. Under these circumstances, half the team firing a paintball every 1-3 seconds at known OPFOR positions should make them think twice about coming after you full-bore.

Split your force in two

As a general rule, half or more of your team should be providing cover (Team 1), while no more than half of your team is retreating (Team 2). You don't want too many of your teammates with their backs to the OPFOR at one time.

Communication is crucial to coordinating the withdrawal. So that everyone doesn't have their backs to the OPFOR at once, Team 1 providing cover fire needs to yell "COVERING". When Team 2 hears that signal that they're being covered and are clear to move back, they yell "MOVING". Once Team 2 has pulled back to a new position, and has set up and started shooting, they then yell "COVERING". Team 1, upon hearing this signal, now knows that it's time for them to fall back, yell "MOVING", and take their opportunity to fall back behind the . This cycle of taking turns covering and moving continues until your entire team has broken contact and can simply hustle away from the scene of the battle.

Pull your biggest gun out last

If you've got a support gunner on your team (or two), someone with an automatic paintball gun and lots of ammo, make heavy use of them to cover your team's retreat. Gunners should lay down cover fire using 3-5 round bursts, every few seconds, in addition to the other covering players on the team. Because of their vitally-needed fire support, they should be one of the last players to move back when it's their turn.

In closing, I'd like to show you part of a documentary on US Navy SEALs. In this segment, the SEALs perform an exercise in breaking contact/withdrawing using live ammunition. Notice how the seals use the human chain concept to pass the team leader's orders down amidst all the noise and chaos of battle. I explained this concept in a recent tactics post on Battlefield Communication, so check that out if you'd like to learn more.

Notice too how the team leader taps the M60 gunner on the shoulder and yells "Last man!", advising him that he'll be the last one to leave. As I mentioned above, always use your greatest firepower asset to hold back the OPFOR until the end, to allow the team to make a clean getaway.

Stay tuned to Grey Ops during the month of December for more articles in the Tactics series!
Email Post
Labels: Milsim Paintball Tactics