HipboyScott of Milsim Empire has exciting news for those of you looking for a milsim marker of epic proportions, he has begun an interest thread for a group build of M14 Mod 0, the EBR. Go to Scott's blog if you're interested, as the thread has been removed. This marker previously won Marker of the Month on Grey Ops, and I've seen it personally at Operation Craig (where the pictures below came from). 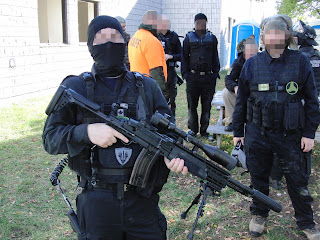 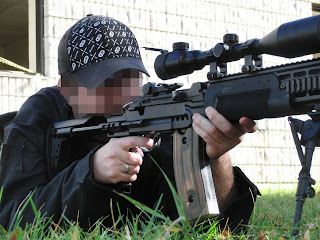 Click on pic for high resolution version
This is not a pre-order as of yet, but once enough people have said they're interested, he will begin the pre-order process.

Here are the tentative specs: