Skip to main content
Labels
Posted by Connor May 03, 2011 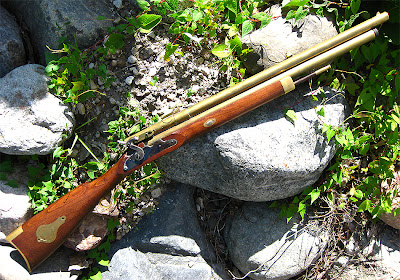 Specs: [Unknown]
Update (May 4th 2011):
The only thing I know about this marker is that it belongs (or belonged) to a member of the team Damage Inc, and the marker can be found on this page. It looks like it's possibly built from a Sheridan (although I don't know if that makes sense given the cocking mechanism), and provides an argument that there are mods out there that can be considered art.

This is the only picture I know that exists, but I've emailed the administrator of the website for more info. If you know more about this marker, let me know!

Update (May 4th 2011) - This marker was the combined creation of three people: Robert, Glen and Bret.   It's currently in the possession of Robert (a.k.a. RoBo). A big thanks to RoBo and Weltman for giving me some additional info on this beautiful beast.
Email Post
Labels: Marker of the Month Paintball