Skip to main content
Labels
Posted by Connor May 28, 2011

Casualties of the Paintball Munition Wars

For quite some time, the mainstream paintball industry was quite content with the ubiquitous .68 caliber PEG spheres. This came after a long series of trials and errors with different calibers used, that I won't go into (if you really want to know a lot about it, ask one of the aging paintballers that populates MCB and I'm sure they'll give you a lengthy speech about ye olde caliber decision [love you guys]), with the masses settling on a .68 inch diameter paintball. 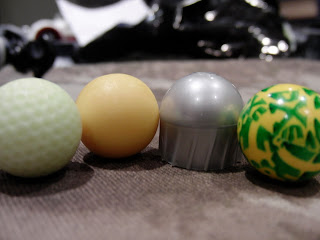 But, people are always looking to make money innovate, and in the recent past we've seen several new kinds of munitions pop up. Ever wonder how they're doing?

Uh huh.
Round: .50 caliber paintball
Status: Defunct for all intents and purposes

The furor surrounding .50 caliber paintball is finally over. The so called revolution is now squarely outside of the limelight and appears to be all but abandoned even by the creators of the round. The only real remnants of the push are in the late to the game parodical videos produced by the propaganda division of Kee. Crosman 3357 owners will most likely be the only ones with bags of this failure stockpiled in the next few years. 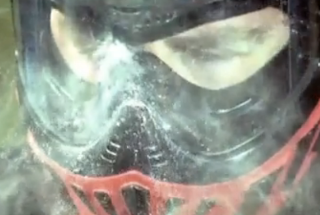 Round: Powder balls (various calibers)
Status: Largely unused and misused
For whatever reason, some companies (RAD Powderball in particular) took this round clearly designated for training purposes only and have marketed it as a recreational paintball alternative. From what I understand, sales have been very underwhelming, and it never really caught on as a training tool or as more dangerous recreational round. I'm aware of some groups in Québec that use it for recreational play, but other than that it looks like powder balls are on their way out. 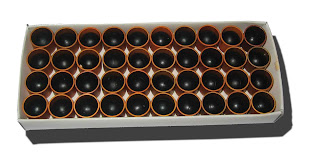 Round: .43 caliber PEG/rubber rounds
Status: Present yet stagnant in popularity
The most currently prolific and profitable PEG non-68 caliber paintball is without a doubt .43 caliber paintballs. Mainly carried by the markers created by APS, the .43 market has also seen a bolster from the somewhat popular Chaser markers that have been released in the last few years. While having ballistics inferior even to .50 caliber paintballs, it has allowed for a niche market of replica and small-scale paintball markers to exist. It's my belief that recreational paintball will remain firmly with a .68 caliber PEG round for the foreseeable future, and it would appear that the manufacturers of .43 paintballs believe the same thing. This round has never been marketed as a revolutionary or superior product, and will likely remain in its comfortable niche for some time. 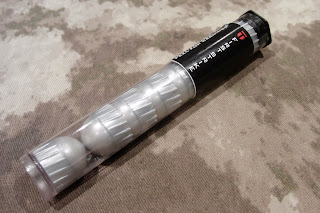 First Strike rounds are in a weird place right now. Go to any paintball pro shop, and its likely you'll see them on a countertop. Go to any large milsim or scenario game, and its likely you'll see some select people using them in a regulated fashion. Many markers are now being made First Strike ready, and even FPS Russia is shooting them. But, what you don't see is widespread acceptance, use, or sale of First Strike rounds. Almost no fields in North America allow players to casually use them on walk-on days, very few people use them in games that allow them (probably because they're still prohibitively expensive) and not a lot of bulk boxes of the rounds are exactly flying off the shelves. A lot of these problems do probably come down to price (which isn't likely to change soon), and the serious environmental concerns brought up by some individual tests. Some of you may already be familiar with Lord Odin's degradation test, but just to give everyone a taste of how long these rounds take to disappear, watch this:

What's going to make anything change for First Strike rounds? To be 100% blunt, Tiberius Arms needs to get their shit together and make a cheaper biodegradable round. Tiberius Arms makes some of the most reliable and cool markers on the market right now, and the adaptation of FN303 rounds for recreational play is a great idea. Maybe it's not a viable option to make those changes, but if Tiberius doesn't this great idea will stagnate. 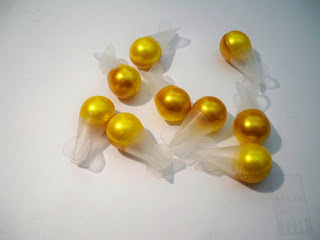 Be serious, nobody wants to superglue plastic fins (or fingers) on to a paintball then have to muzzle load each individual round. Don't quit your day job.
Email Post
Labels: First Strike G.I. Milsim Milsim Paintball Tiberius