Skip to main content
Labels
Posted by Connor May 03, 2011

A Question of Propriety - Gear Week

It's generally agreed upon that there are certain patches that are appropriate to wear in paintball (and by extension airsoft), and those that aren't (along with a large grey area). Most agree that patches that replicate or emulate the likeness in whole or part of real military patches are off limits, because those patches are earned, not bought. Sure there are plenty of patches that fall into that in-between area, and there are some individuals that don't show respect where respect is due, but generally the debate is a moot point when it comes to patches. 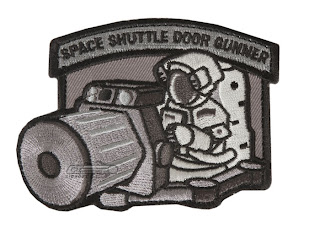 However a recent question that was posed on a forum made me scratch my head, with that being, "Are berets appropriate to wear in paintball, and if so what berets are considered appropriate or not?" It's not a question of whether or not people DO wear them (because I've seen a few), and I suppose I just hadn't thought about it till now (funnily enough, as I write this I'm watching the "Paintball" movie on Netflix, and two of the characters are wearing berets). 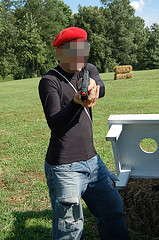 Here are the points of contention I could think of: 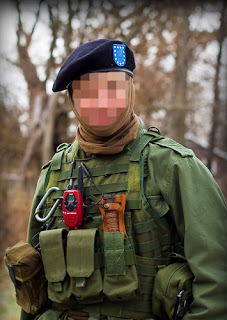 Whichever side you err on, the one thing that can't really by contended is the (lack of) usefulness of a beret on a paintball field, and how the only reason people must wear them would be for aesthetic purposes. I'm sure it would be a pain in the butt to use with a mask, and there are many more useful kinds of headgear to be worn.

Have any of you ever worn a beret? Know someone or a team that does? What's your take on the matter?
Email Post
Labels: Airsoft controversy Gear Week Milsim Paintball