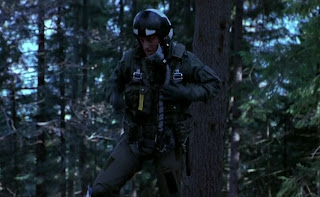 Hot on the heels of "The Sword", the Ottawa Milsim Coalition's next Milsim Paintball event, "Eagle Down", will be held at Carnage Paintball on Wednesday, August 24th from 6pm to 9pm!

For details on the scenario at this event, check out this news report and this one. Eagle Down will feature a race against the clock to a fighter jet crash site, defending or attacking a surface-to-air missile (SAM) battery, and a hunt for a downed NATO pilot!

The scenario will feature small-unit missions and objectives, military-style tactics, a limited-ammo format, and PRIZES! This time around Action Gear Canada will be contributing Milsim Paintball equipment to the prize pool, and Connor from Crypsis.ca will be showcasing his products (with some prizes of his own to give out as well)!

This Milsim night won't feature "hardcore" Milsim rules, but there will be some significant differences between the rules here and your typical rec-ball game. Chief among these is that there will be a limited-ammo format in play; use of mag-fed markers, 50-round hoppers, and markers with Cyclone "Tac-Caps" is STRONGLY encouraged. Those using conventional hoppers will be limited to one hopper + 1 extra pod per mission (approximately 350 paintballs max). There will be 2 missions featured in this scenario. This limitation is in place to encourage good tactics and ammo discipline, rather than just throwing a wall of paint at the opposing team. An exception will be for heavy gunners (limit 1 per team), meaning Milsim players with markers equipped to look like M249/SAW, PKM, etc. As a fire support tool, they can carry as much paint as they can without falling over. 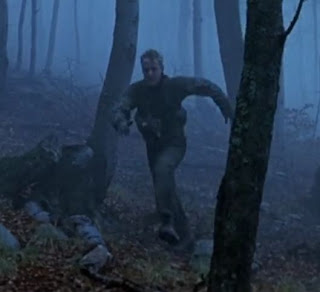 Speaking of markers, there will also be ZERO TOLERANCE for any Speedball guns or clothing at this event. We're trying to achieve a certain atmosphere and look at this event, and we want equipment there that fits with the Milsim (Military Simulation) scenario. It's also a matter of respect; we Milsim players don't show up to compete at CXBL events on Airball fields with camo and M4s, so please don't show up to this one with colourful clothes and flashy guns - there are plenty of other places you can play at in Ottawa already if that's your thing. Chuck at Carnage has plenty of camo and rental guns for anyone who needs them!

Other secondary rules will be discussed at the briefing for the evening, which will kick off promptly at 6pm.

(NOTE: Although Speedball markers aren't permitted at this event, those with TM7 and TM15 markers can use them, on semi-auto or 3-round burst setting - this is NOT a double standard, it's simply in keeping with the principle that the OMC is striving for a Milsim look. Pump markers that are black (or some other subdued colour) may also be used, provided that their users also wear Milsim-style clothing). Full OMC rules can be found on the Ottawa Milsim Coalition's Facebook page. 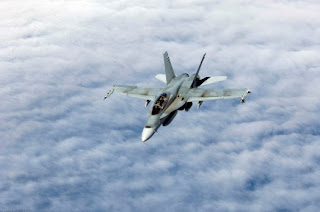 Air and entry to the event costs $5 per person, with paintballs selling at the regular field prices of $30/bag of 500, $55/2 bags, or $100/case of 2000 (quality Procaps stuff, NOT that horrendous G.I. Sportz stuff flooding the Ottawa area).