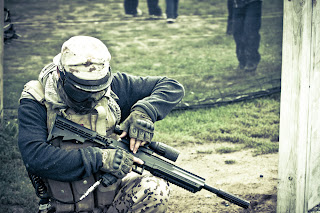 I've seen a few IPSCish paintball offerings pop up from time to time in the past year, and there's certainly no lack of organizations and players labelling themselves as "paintball snipers" (yeah, go ahead, cringe away). Top Paintball Sniper is an organization trying to bridge these two groups together from the looks of things, and the participants certainly seem to have fun.

I believe they've had one round of competitions in the past, and this year's competition spans across 6 locations in North America. Namely: PEI, Ontario, Alberta, New Jersey, Illinois, and Oregon. 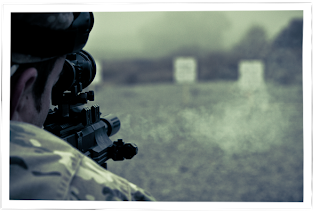 I think the event looks fun, but with a $100 registration, and the need for First Strike rounds if you really want to compete effectively with other participants, this is definitely a costly event for the amount of time you'll spend actually playing (from what I've seen, under half an hour of time for each player on the field). But (and this is a big but), the winner goes away with half of the total registration fees paid, up to a maximum of $5,000. Not bad eh? And, the administrators of the competition have paired up with Wounded Warriors as a charitable partner. So, a chance at $5,000 and you can feel good doing it, and you'll know if you win fairly quickly. I thereby thus dub this competition the charity scratch and win card of paintball (in a good way).