Tactical Balls - I Couldn't Make This Stuff Up 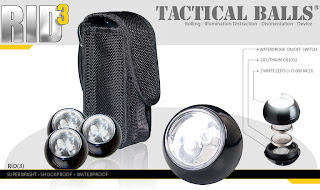 Rather than explain their method of action, just watch this video demonstrating a Tactical Ball deployment:

From what I can infer from that video and the Tactical Ball ad copy, they're meant to distract and disorient "bad guys" by rolling around and blinking at them. No claims of optic nerve disruption or temporary blindness here, they are simply meant to blink at hostile parties.

But who am I to rag on their effectiveness, let's look at some ad verbatim ad copy from Brite Strike (the creators of the Tactical ball):

So yes, Tactical Balls are in fact twice as good as nothing! I had a little bit of a problem figuring out the math of that myself, so I turned to Google, which provided some great insight into the quantitative effectiveness of Tactical Balls:

Now, to be fair, I did think of some niche applications wherein Tactical Balls may be effective. Should a marauding band of kindergarteners ever seize control of a classroom, and a tactical team needed to be called in, Tactical Balls would definitely give responding LE the opportunity to incapacitate the easily distracted youngsters with an array of flashing lights prior to breaching and zipcuffing the little anklebiters. In a world where such scenarios pop up with alarming frequency, I applaud RID-3 for having provided an elegant and affordable solution.

Speaking of "affordable", Tactical Balls retail for $60 for a pack of three. Unfortunately the Infrared Tactical Balls are unavailable to the public (because of their dangerous... um... infraredness?). 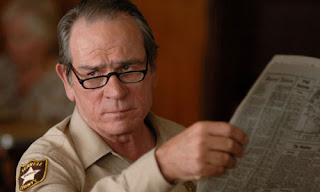