Skip to main content
Labels
Posted by Connor May 22, 2010

Touted as the world's largest scenario game, Oklahoma D-Day is, as the name suggests, a recreation of the Allied attack on the beaches of Normandy in 1944. The game runs from June 7th-13th of this year (2010) and Commonwealth, American, French and German forces are all represented. An estimated average of 4000 people attend every year, coming from across the United States and several countries abroad. As can be expected, a multitude of tanks are always in attendance.

D-Day 2008 promotional video.
The field that D-Day is run on, D-Day Adventure Park, has over 100 acres of camping space, but space is very limited. Registration is now open and can be completed here: Register. This is one event I will definitely not be attending this year, but I plan on making the pilgrimage to Oklahoma in years to come. 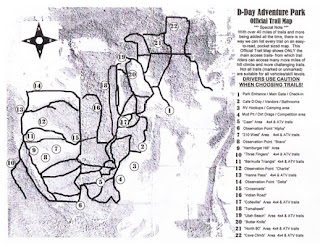