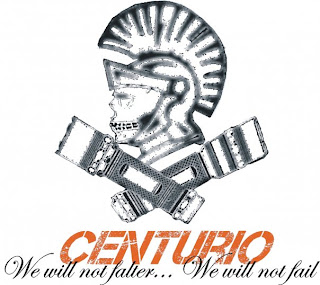 Centurio is a European company dedicated to using the power of light as a less lethal weapon and training tool. Amongst the products in their lineup are: several hand-held flashlights, weapon mounted lights, civilian and law enforcement ranged less lethal devices, and a battery operated flashbang grenade (sounds like fun).

One of the tactical lights in Centurio's lineup, the Pugiolight 2 includes a window breaching bezel and what appears to be a Surefire 6P framework.

Like a tazer without the taze, the Raider uses a powerful strobe to incapacitate at a distance.

A cool little device, the BAD Airy produces a 135-175 dB bang along with an estimated 2.5k Lumen flash. If there was a way to tone it down for paintball, I could see a lot of milsim players picking up one of these.

Despite their cool toys, I already have a little gripe with Centurio. Despite several tries, I can't get into contact with anyone at the company, but if you'd like a go you can drop them a line here.