Marked on the Rocks 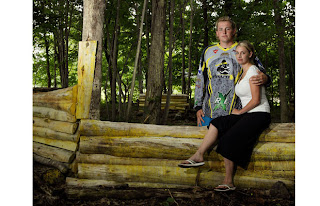 A recent Ottawa Citizen article describes the legal battle Marked Paintball is fighting for its survival.

Although a lot of details are left out (including the time one of the neighbours in the article followed Allie up the road on foot, screaming at her and threatening to kill her), it gives an idea of the gist of the battle: Rural dwellers upset at the intrusion of a paintball field and its customers into their living area, trying to use the power of the city to bully the owners into closing. With day jobs, and with the field being a weekends-only operation, the owners have had to sink over $30,000 of their own cash into their legal defence so far, with no end in sight. Also, their huge Milsim field under construction (including towers, trails, and a swamp) has been put on hold until the issues are settled.

However one has to wonder, with all of the money the Militkys have paid in legal fees so far, how much has the City of Ottawa spent on this debacle? And are the taxpayer funds being spent to placate a few complainants worth the trouble?

The comments section of the article is particularly revealing, as some of the comments posted demonstrate the ignorance of the average citizen when it comes to paintball, or running a business in general.

Regardless of the outcome of this conflict, as players at any field we have certain responsibilities. First, respect the boundaries of the field you're at, and don't trespass on adjoining properties, or shoot paintballs over the property line. Consider yourself a guest at any paintball field, and as a guest don't litter the area or be disrespectful towards your host's neighbours. This means keeping the music in your car down on the way to the field and back, and not tearing up and down the street that leads to the field. Most importantly of all, be friendly and polite with the local residents, and be an ambassador for the sport. Despite paintball's growing popularity, a lot of people still view us as weirdos in camo running around the woods preparing to overthrow the government. Show them that this isn't the case, by being personable and approachable.