Paintball After an Injury 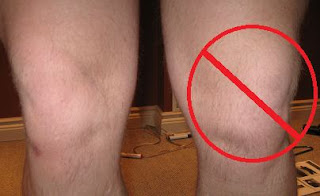 While playing at Sgt Splatters last January, I had the misfortune of getting injured...badly. As some kids had shot out a few of the lights in the place the night before, it was pretty dark, and with the dark sand floor I never saw the 4-foot drop in my path as I sprinted for cover. My left foot hit the ground in a weird position, and POP went my knee for a split-second!

It was a little numb at first, but by the end of the day I could barely bend it without excruciating pain. I'd suffered a sprained LCL, which was followed by a case of painful Plica Syndrome for several months. Playing Paintball was out of the question.

Thankfully, 6 months later I’m now back at it. Here are some steps I took to keep my sanity during my hiatus from the game. If the worst should happen and you get hurt playing one day, these suggestions should help keep your morale up until you heal! 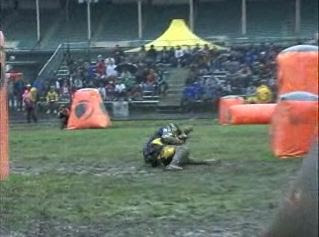 The Paintball Purple Heart Club is a Facebook group I recently started as a support for injured players. It doesn’t discriminate; whether you got hurt playing Speedball, woodsball, backyard ball, or Milsim paintball, you’re welcome to join, show off your injuries, or just mope about being out of the game! 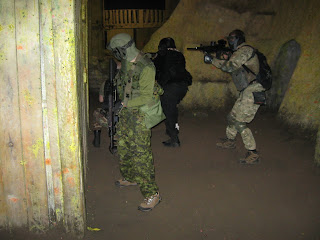 You may have to sit out some games and events, but this doesn’t mean you can’t do anything! Now is the perfect time to be your team’s photographer, taking action shots of them while they play. The photos for Connor’s Arnold Paintball Review were taken by yours truly while limping around the field. More recently, the photos for the Relay-for-Life report were also taken by me while sidelined.


3-Pick up some new gear

The upside to not being able to play is that you save some money...which can then be spent on NEW GEAR! The new gear will of course improve your morale and motivation to get better, so that you can hit the field eventually and try it out.

If you’ve been itching to try painting your mask or gun, or to mod a marker or some other piece of equipment, now’s your chance to git ‘er done. Undertaking a project that takes a piece of your equipment out of the game for a while can be a hassle when you need it to play, but if you know you’ll be sitting on the sidelines for a few weeks, it’s the perfect opportunity for it.

If you can’t play due to an injury, nothing’s stopping you from browsing paintball forums and discussing the game with others, sharing new ideas, and even making new friends to play the game with when you recover!


6-Keep yourself in shape!

Last but not least, you need to keep physically training whatever you can! Not only is this important for overall recovery, but this way when you’re finally healed up and ready to get back into the game, you’ll be physically fit enough to do well at it.

I wouldn’t wish a debilitating injury on anybody, and for your sake I hope you don’t get injured to the point where you can’t play paintball. But if it does happen, hopefully the above ideas will keep your love for the game alive, and make your recovery a lot less frustrating!

Watch your step out there, and play safe!
Email Post
Labels: How To Paintball Safety