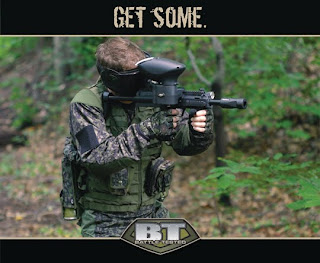 "GET SOME" may be the slogan for the recently-released TM-series Rip Clip, but if you're looking to get one, you may have to wait a little longer. The coveted sound-activated loader is sold out pretty much everywhere you look. A couple of dealers I've spoken to have said that even BT/Kee doesn't have any at the moment, and none are expected to be available before late August.

When the TM-15 marker was released in mid-2009, BT included a Rip Clip adapter in the package, dangling a carrot in the face of owners. After the product was finally released about 2 months ago, it now turns out BT has serious supply issues with it. So if you're looking to add a Rip Clip to your TM-series Milsim marker, be prepared for a bit of a wait!
Email Post
Labels: BT Milsim News