Skip to main content
Labels
Posted by Connor May 18, 2010 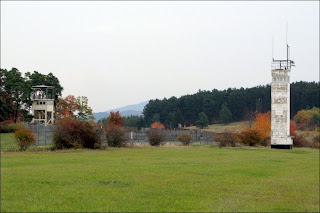 NATO and Warsaw Pact watchtowers on
the (real) Fulda Gap. Picture taken from the BBC.
A yearly scenario run at Command Decisions Wargames Center, Fulda Gap is one of the most popular North American games to attend. The real Fulda Gap was an area separating East and West Germany during the Cold War, and was thought to be one of the prime avenues of attack in the event of a Soviet invasion. The flat and expansive terrain would have been perfect for a tank invasion, and this can be seen reflected in the paintball scenario, with many paintball tanks in attendance (and some extensive rules to go along with them).

The Fulda Gap website contains all the information necessary for prospective players, and registration is now open. The pre-registration fee is $60.00 until October 31st, and you may register for either NATO or Warsaw Pact units. The game itself runs on November 6th and 7th, with the two days prior offering various set-up/registration/social options. The complete calender can be found here. 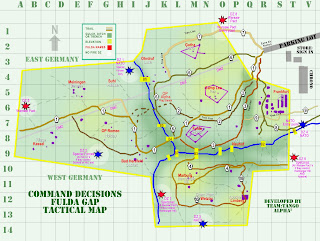 You can expect to see many online paintball personalities there, and the generals this year are Larry Rivenbark and Doug Brown. Smack talk is encouraged. 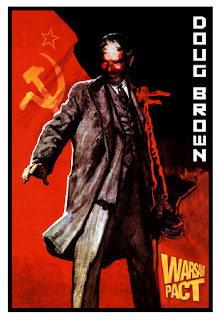 Despite being Canada, I'd love to attend, and already have plans for a summer project that will make me look the part of a member of the Soviet contingent...
Email Post
Labels: Paintball Scenario Scenario Week Tank United States