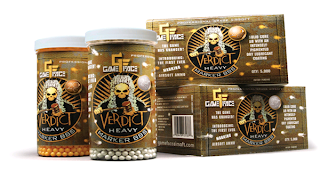 You don't often see attempts to bridge the gap between milsim paintball and airsoft. But for a year or so now, GameFace has been marketing a product that attempts to do just that by creating a bb pellet with marking capability. Verdict Marker BBs are covered with a dry powder, that transfers to the target upon impact.
For an example of hits, see below: 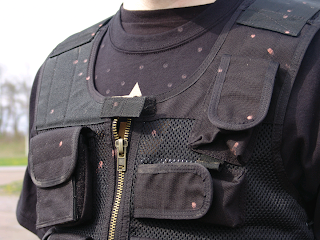 While I can see how this eliminates the need for a complete honour system (which airsoft typically relies on with mixed results), the size of the mark left by the BBs is rather underwhelming. It also begs the question, if you want to participate in a milsim activity, but don't want to rely on the honour system airsoft puts in place, why aren't you playing paintball? 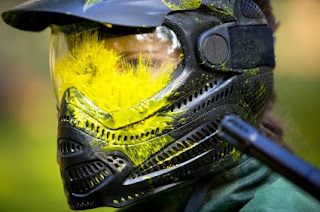 But maybe these really are more effective than I give them credit for. Has anyone ever used these pellets? What kind of feedback do you have for them?
Email Post
Labels: Airsoft Milsim Paintball