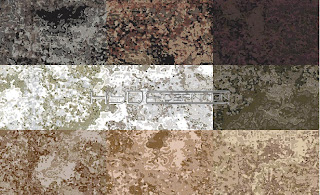 What do you get when you mix Roland Penrose and Hugh B. Cott? Well PenCott of course.
While the two aforementioned gentlemen died twenty years before its invention, the PenCott pattern is named after the two camouflage gurus, and designed by the UK-based Hyde Definition. Hyde Definition is the brainchild of Dom and Rachel Hyde, and the theory behind PenCott certainly aims to impress:
The PenCott™ pattern’s unique fractal design works by dithering only four different and contrasting colours and tones into one another, giving the illusion of many more colours, and creating a combination of blended and hard edges in the pattern. Complex patterns like this are hard for the human eye to process, and recognisable shapes such as human limbs, or the lines of pockets and seams, become difficult to make out in the welter of confusing shades. [Click here for more]
The result of this is a unique and effective pattern, incorporating art, science and a military mindset. 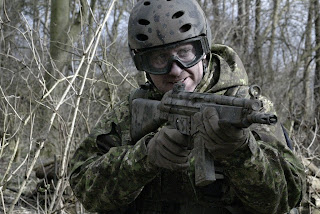 For more on PenCott or Hyde Definition, do some crawling around on Hyde Definition, or crawl through the extensive coverage found on Strike-Hold! If you're planning a trip to Canada's National Capital before september and want to learn more about Penrose and/or Cott, they are mentioned in the temporary camouflage exhibit (which I was unimpressed with, but some may enjoy).
Keep checking Grey Ops for more camouflage news, reviews and oddities.
Email Post
Labels: Camouflage Canada Ontario Ottawa UK