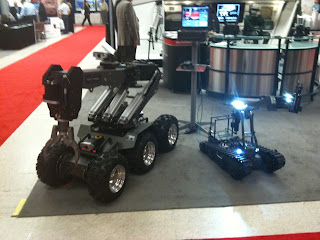 CANSEC is a national defence and security industry trade show held yearly in Ottawa, Ontario. Representatives from over 200 electronics, aerospace, and technology firms converge to present their products to potential buyers from government and private industry. The show isn't open to members of the general public, and a strict registration process has to be followed to attend. This year, CANSEC was held June 2nd and 3rd at Lansdowne Park, South of downtown Ottawa.

Although there's very little at the show that's applicable to Milsim paintball and airsoft players, there are many Grey Ops readers with a general interest in military tech and defence issues. For them, I've put together a short report on what the show had to offer.

CANSEC has been criticized in recent years for being a "weapons bazaar" or "arms dealer trade show". Accordingly, it's heavily opposed by the anti-war movement, who regularly stage yearly demonstrations and vigils outside the venue's gates. Because of these protests, access to the grounds is heavily controlled, with a police officer and several security guards at each gate.

Personally I'm against going to war, except in the most exceptional of circumstances. But although it would be a fantastic world if we could all just get along without armed forces, all it would take is for one person to disagree and commit violence, and someone somewhere would need to take up arms to stop him. As George Orwell once said, "People sleep peaceably in their beds at night only because rough men stand ready to do violence on their behalf". As a former soldier who wants our troops to return safely (and as someone who enjoys a full night's sleep), I have a personal interest in seeing that those rough men are equipped with the finest military technology currently available to a standing army to keep us safe.

That being said, the biggest irony about the protests is that there are very few weapon systems actually featured at CANSEC. If only the anti-war movement had access to the show, they'd see that the majority of the kiosks are for firms marketing surveillance/monitoring and imaging technology, maritime patrol and surveillance networks and software, search and rescue (SAR) technology, systems for securing and destroying confidential data, software and equipment to secure and improve communications, and equipment and systems used to protect troops and police from harm. In fact, the average "warmonger" who likes to see things go boom and with little appreciation for technology, would actually find the show quite boring. But most of the big offensive items like rocket launchers and fighting vehicles are displayed outside due to space considerations, so this is what the anti-war movement sees when peering over the fence: 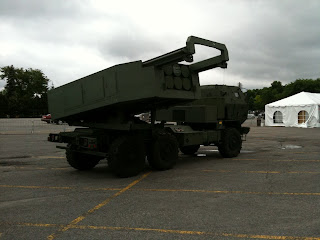 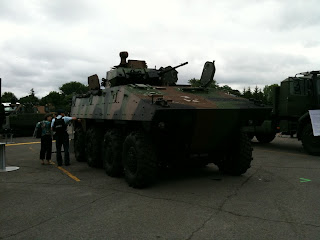 In other words, big war machines able to do a lot of indiscriminate damage. However, many of the technologies displayed at CANSEC enable forces to observe and distinguish friend from foe, so these war machines can be deployed and used smarter, getting the job done while minimizing or eliminating unnecessary damage to innocent people and property.

Also, many of the military technologies at the show are for the protection of our armed forces, increasing their chances of coming home to their families safely. For example, an Edmonton-based company called Line of Fire is marketing a new body armour plate made from a blend of 3 composite materials, instead of the traditional ceramic armour which can "spall" when hit and injure the wearer with ceramic fragments. Also, the vest can stand up to many more hits than a traditional plate, making it a true "multi-hit" system able to withstand bursts of automatic fire. 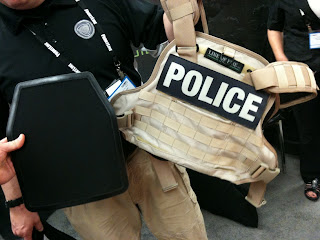 As another example, other companies are bringing to market soft and hard body armour for the face, something that would protect victims of IEDs and other hazards from brutal disfigurement. 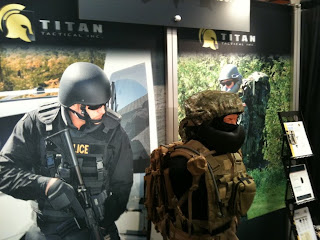 Here are some other photos I took at CANSEC that may be of interest to Grey Ops readers. Please keep in mind that these aren't representative of the whole show, since photos of electronic boxes, motion sensors, and communications diagrams (while somewhat interesting to computer geeks like me) don't make for very interesting photos.

An F-35 flight simulator was available for attendees to try out: 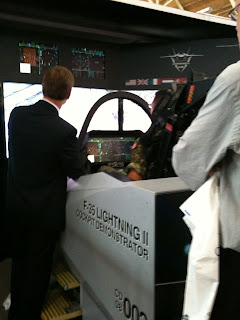 L3 had their EOTech holographic sight lineup on display (note the one on the side of the bottom rifle is designed for 40mm undermount grenade launchers): 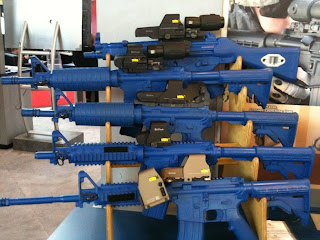 I came across this bizarre gun turret from the German company Rheinmetall, which as Connor remarked to me, looks like something from SKYNET in The Terminator series: 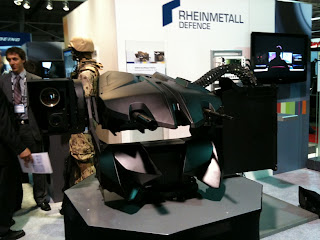 Pelican had their military flashlight product line on display. 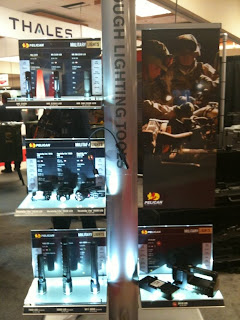 There were also an assortment of man-portable, miniature Unmanned Aerial Vehicles (UAVs) at several kiosks. 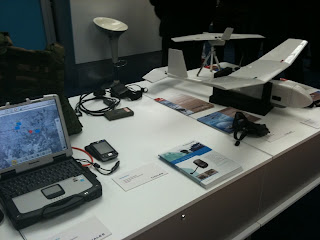 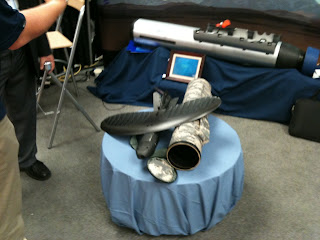 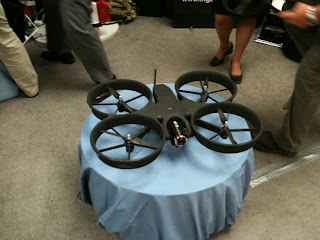 The FN303 was on display at one of the booths, along with some other Fabrique Nationale small arms like the SCAR and P90. Milsim paintballers may be interested in this less-lethal weapon (seen on the lower right), as it uses a tank of compressed gas to fire a paint-filled round much like the Tiberius First Strike . 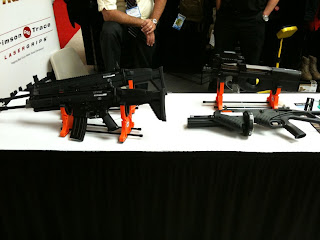 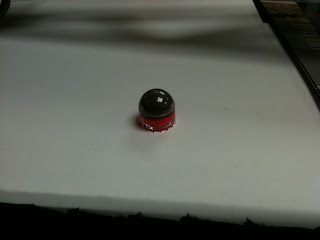 Whatever your position on armed forces and war, there are certainly some interesting and fascinating things to see at CANSEC. CANSEC is open to serving Canadian Forces members (reservists included), police, border services, government employees, and technology and defence industry insiders. For your chance to register and attend the show in 2011, visit CADSI at www.defenceandsecurity.ca.

(NOTE: Photography was openly allowed at the event, and the equipment that was on display is easily viewed on the manufacturers' and vendors' Web Sites. However, if any of the manufacturers of the above photographed items wish to have them taken down for any reason, please contact us and I'll do so).
Email Post
Labels: Canada controversy Fire Law Enforcement Less-Lethal Military Ontario Ottawa War Weapons