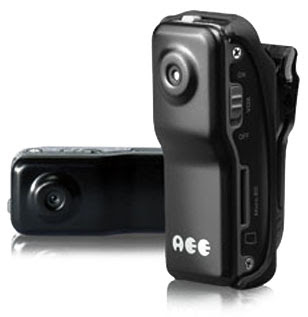 After reading Connor's review of the MD80 micro camera, I decided to order a couple of these cheap cameras for use on the field. But unfortunately the MD80 comes with a variety of mounts that don't really seem suited for paintball goggles. The tall shape of the unit also presents a problem for mounting it as a gun camera.

I've seen Connor wearing his MD80 tucked into one of the MOLLE loops on his vest, but I found personally that this didn't work for me. I tend to crouch a lot when I play, and with the camera on my vest all of my hunching over points the camera at the ground 6 feet ahead of me. I also found that since I keep most of my torso behind cover, exposing only my eye and gun to shoot, my cover blocks the camera on my vest. This leads to a lot of great footage of the ground and the back of my bunker, but nothing very exciting to say the least.

Luckily my main paintball mask this season is a JT ProFlex Revolution. JT goggles have these handy venting holes around the forehead of the mask, which line up perfectly with the screw holes on one of the mounts included with the MD80. 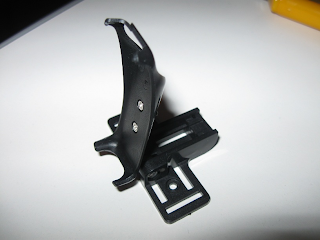 The first step in attaching the mount to the mask is to cut the excess plastic off of the base. Otherwise once the camera is mounted, the end of the long plastic base will dig into your forehead. Use a serrated blade to saw it off. 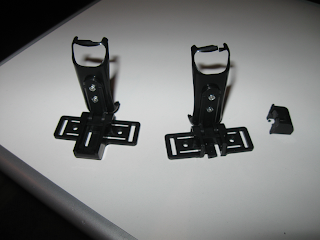 You'll also need some 4-40 bolts/machine screws (3/8" in length), as well as some 4-40 machine screw nuts. These are available at any hardware store (I picked up both of the items below at Home Depot for around $5). 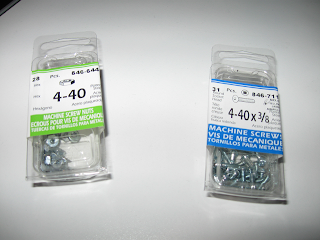 Next, with your JT mask upside down, drop 2 of the bolts through the holes that correspond to the ones on the mount, as shown: 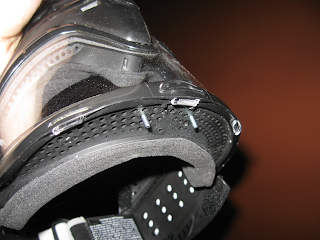 Slide the mount over the bolts, and secure it to the mask with 2 nuts. If you put the screws through the right holes over the lens portion, the camera mount should be nice and centered. 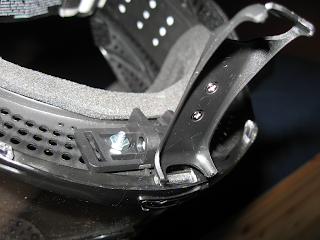 Finally, attach the camera itself to the mount. I found the mount itself to be pretty flimsy, and breaks easily, so you'll need to reinforce the whole setup. For starters, slip the silicone cover over the camera, so that it'll be better protected in case of a hit. It also covers the shiny black finish, and gives it a greyish appearance, so that it won't catch your opponent's eye as much.

With the silicone cover on, attach the camera to the mount. Don't rely only on the little fragile tabs to keep it in place, but instead take an elastic and wrap it into place tightly. Once that's done, hit the record button on the camera, put on the mask, and look at something about 10 feet away. Watch the video on your computer after, and through trial and error figure out what angle the camera needs to be pointed at in order to give a view of what your eyes are looking at. Adjust it as needed, and you're all set. It's not the prettiest of setups, but it gets the job done! 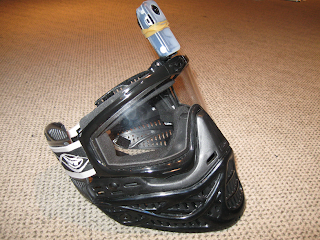 If anyone reading this owns an MD80 and has an idea on how to mount it differently, or to a different mask, let us know in the comments section below!
Email Post
Labels: Goggles Paintball Review Video