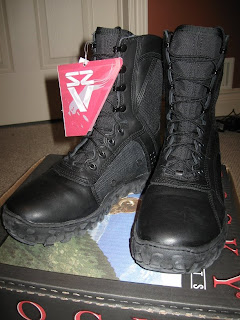 Rocky Outdoor Gear is an American company headquartered in Nelsonville, Ohio. They've been producing footwear for over 70 years, and produce boots for hunting, work, Western enthusiasts, and of course duty wear.

The flagship of their duty line is the Rocky Special Ops S2V Boot. The S2V is available in black, tan, sage green, and olive green, which is a welcome change in a market full of boot models sold in only black or tan. This review will examine the black version. 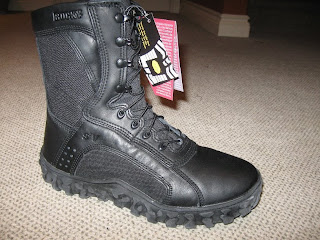 While most companies making tactical gear use the words "Special Ops" in their marketing as a gimmick, Rocky has actually gone the extra mile in testing this boot with military units all over the USA, including with special operations units. This dedication to testing and refining their product over the years, using input from actual soldiers in the field, has yielded a product with special features for fighting forces, rather than just another lightweight tactical boot cobbled together with Cordura, leather, rubber, and aggressive marketing.

As an example of these features, note the reinforced "Superfabric" on the instep of the boot, which provides resistance to abrasion from fast-roping from helicopters and other heights! 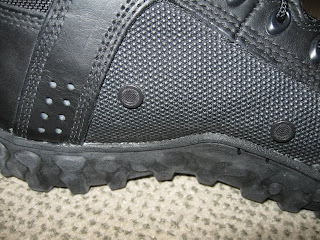 On the instep, attached to the Superfabric, are two mesh grommets, allowing water to drain from the boot, but which are fine enough to block grains of sand from entering. 8 smaller drain holes, towards the heel on each side of the boot, also assist in water drainage.

Also, the boot's sole, although aggressive-looking with its appearance of "teeth", serves a useful purpose in protecting the wearer from rolling his or her ankle. Rather than have a 90-degree angle on the side of the sole, which can aggravate an ankle roll, the sole curves somewhat towards the side. This makes it much easier for the wearer to recover from an ankle roll, as with a conventional 90-degree angle the wearer has to fight the boot wanting to roll completely onto its side. 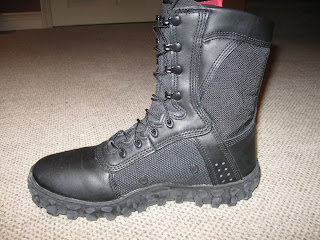 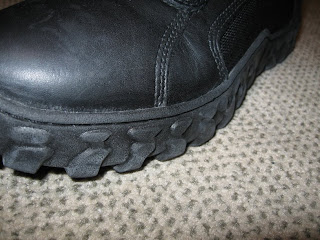 As another special touch, both the toe and heel of the sole have several small ridges to provide a solid grip when climbing or descending ladders and slopes. 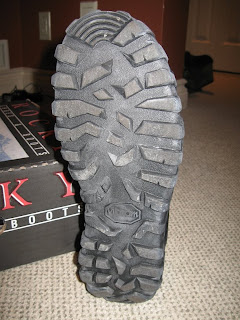 The sole is manufactured by Vibram, which is known in the footwear industry as top-of-the-line in terms of the durability and lifespan of their soles.

Rocky has also done away with extraneous padding in their boot, while keeping it comfortable. The tongue is made of Neoprene (the same material used in SCUBA diving wetsuits and surfer suits), and they've put just enough padding at other stress points to prevent discomfort. This reduces the overall weight and bulk of the S2V. 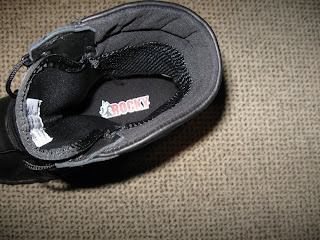 The boot features Rocky's patented Airport insole, giving it a running shoe feel, while maintaining ventilation of the foot thanks to the vent holes in its surface. 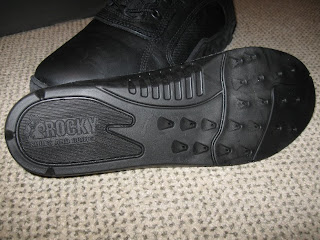 There's leather running up the back, providing for additional ankle support. 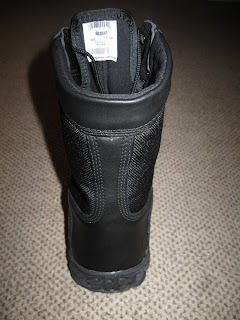 And of course, since this boot is intended for use by military service personnel, the leather toe can be polished to meet uniform requirements. 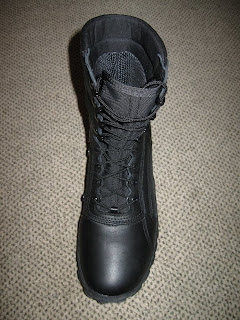 The boot's bottom eyelets are reinforced using tough plastic, while the top of the boot uses metal eyelets for speed-lacing. 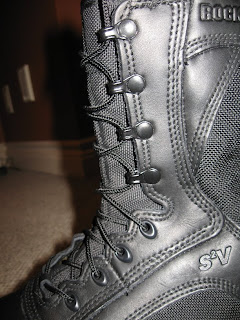 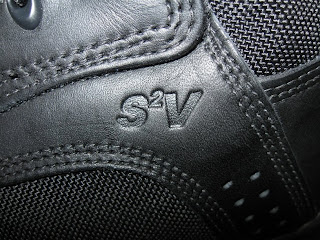 Rocky has come out with a sure winner in this product. It's especially durable (made in the USA), with everything triple-stitched, and no sign of glue anywhere. It's extremely lightweight and comfortable given its durability and features, and provides a measure of safety for users' ankles in its design. This is by no means a "clunky" combat boot, and by virtue of its features does allow the wearer to walk, run, jump, and climb relatively quietly. This means it's extremely well-suited to fast-paced, relatively short games of Milsim paintball in the woods and indoors. I can't personally say whether it would be suitable for military personnel to wear for heavy, multi-kilometre ruck marches, however from what I've seen there are Canadian Forces members on the army.ca forums who absolutely love this footwear for field use.

Obviously no product is perfect, and I'll mention the downsides I've discovered about the S2V. First, as the boot is intended for hot, dry climates (namely service in the current theatres of Iraq and Afghanistan), it's not waterproof. That means if you step in a puddle or swamp, these WILL fill up with some water (which will drain quickly because of their excellent drainage ability). Gore-Tex socks are a must with these boots if you intend to wear them in wet conditions, or in winter slush.

The other (and biggest) downside to the S2Vs is their PRICE. These babies retail for $259 USD on the Rocky web site, although they can be found at Botach Tactical for around $150 USD plus shipping. Being an American retailer, this means with shipping and duty included, the price for Canadians will probably still be over $200 CDN.

Don't get me wrong, the Rocky S2V Special Ops boots are of superb quality, and this would be money well spent. If you work at a job that requires you to wear service boots, they're fantastic for duty wear and worth the investment (not to mention they carry a 1-year warranty against manufacturing defects). Hoever, whether you would buy these for Milsim paintball use really depends on your level of investment in the game.

There are hardcore players out there who have invested over $1000 in their marker, then another several hundred dollars on related air equipment, tactical vests, camo outfits, masks, and other items for paintball play. (And I can't fault them, since there are people out there who spend over $3000 on the best hockey pads and other equipment to play a couple nights a month). For these players, spending another $200 on quality footwear that performs well and lasts years is only natural. But for casual players who've just entered the world of Milsim paintball, or who are young and on a budget, $200 is the price of a new marker or carbon fibre HPA tank, and would be a tough price to pay for footwear. For people like these, I'd suggest some cheaper tactical boots that still offer good value.

So, what suggestions would I have for footwear in this category? Stay tuned to Grey Ops' Boot Week to find out!
Email Post
Labels: Footwear Military Milsim Paintball