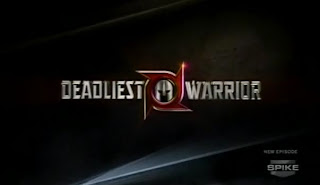 It's come to my attention that after my recent rant about the TM Series taking the #1 spot in the Top Ten Milsim Markers of 2010 series, certain people thought that I was being serious about my explanation behind the rankings. I won't name names, but they believed my story that the outcome was determined through simulations run by the team at that obnoxious Spike TV program, Deadliest Warrior. 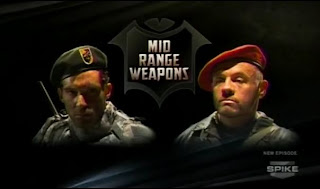 I thought the image of a lone nut in paintball pants jumping into the fight to gank a bunch of SpecOps types with a toy gun would be enough to make people realize I was joking. BUT just to make things clear here: Neither Grey Ops nor Hitman Paintball are/were in any way affiliated with the "high-tech fight club" known as Deadliest Warrior. They had no hand in helping out with the marker rankings, they've probably never heard of us, and there's no INOPS SUSPICIO MEMBER vs. ZULU WARRIOR episode in the works. (Besides, we know the Zulu warrior wouldn't stand a chance anyway).

And although this has nothing to do with this post, I have to say that the image below is the most awesome freeze-frame I've ever seen. Readers I present to you, a man maniacally crushing skulls on a table: 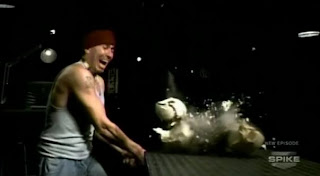