J.J. Abrams' weekly sci-fi/weirdness television series Fringe is understandably focused on strange happenings. The show even features an alternate universe much like our own, engaged in a covert war with ours (and where a LOT of strange stuff goes on). A universe where the twin towers are still casting a shadow over Manhattan... 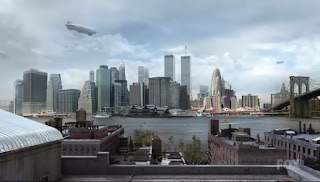 Where the U.S. DoD headquarters sits on Liberty Island... 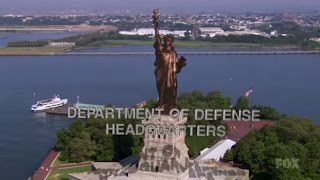 And where U.S. Army troops in garrison wear...MultiCam? What?!? 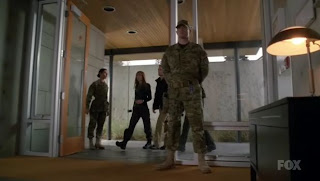 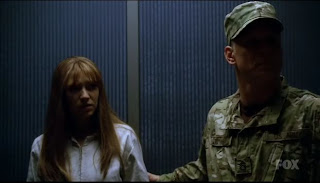 Currently in our universe (and in real life), UCP is still the standard camouflage pattern for the the U.S. Army's Army Combat Uniform (ACU), with some special units wearing clothing bearing Crye Precision's MultiCam pattern. At this time MultiCam is also being issued to U.S. soldiers operating in the field in Afghanistan. But soldiers garrisoned on U.S. soil (and most other parts of the world) are still decked out in UCP. That the U.S. Army chose UCP over MultiCam a few years ago is still puzzling to everyone involved.

As can be expected, there are a lot of obscure differences shown in the alternate universe on Fringe (at one point a character on the other side examines some U.S. money from "this" universe and asks, "Who's Jackson?"). Apparently in the Fringe alternate universe, the U.S. Army went with MultiCam as the service-wide standard camouflage for their ACU. Kudos to J.J. Abrams and his team for their research into the camo issue involving the U.S. Army, and for including this little detail on the show!

And for those UCP fans out there (are there actually any?), you should know that in the alternate universe the DoD didn't throw out UCP altogether. In a clever role reversal, special units like the Army's Fringe Division wear an "urban" version of UCP: 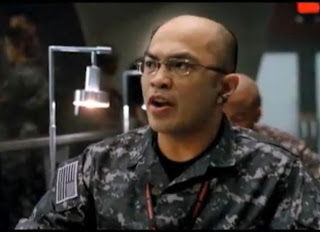