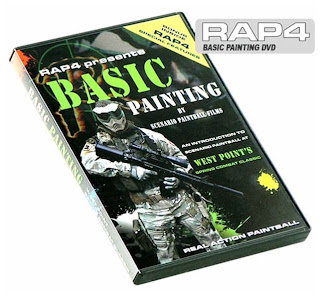 Basic Painting, by Scenario Paintball Films, is a documentary on Scenario Paintball, with a specific focus on the West Point Combat Classic event. The back boxcover reads like the accolades for a summer blockbuster, with blurbs like "Greatest documentary and video of scenario paintball I have ever seen" and "...best way to get an exciting look into the world of paintball in the woods". With hype like that, my expectations when I put the DVD in my player were low. But after watching the film, I'm very pleasantly surprised.

The West Point Combat Classic is an annual Big Game held at the prestigious United States Military Academy at West Point. The event takes place on a million square feet of land on the Academy's grounds, with a good portion of it on a slope. The Classic is a fundraising event for the Academy's Paintball team, which isn't government-sponsored.

It's not mentioned in the film when this specific game took place, but the scenario in play that year was the Battle of Riva Ridge. Riva Ridge was a mountain engagement in Italy between the Germans and the Americans during World War II. The Germans had control of the high ground, while the U.S. fought uphill to take the position so that they could take the greater objective of Monte Belvedere. With the steep slopes and rocky ground of the field at West Point, the venue was ideally suited to the scenario. 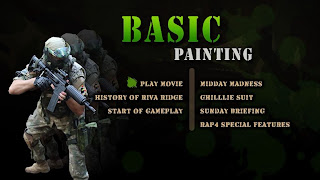 The film kicks off showing the West Point Paintball Club members preparing the grounds for the game. Obvious hazards like cliffs and swamps are roped off, and the land is surveyed for the ideal spots for starting points, flags, etc. 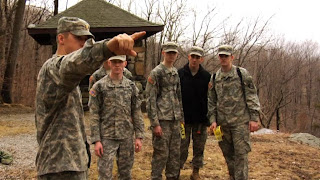 It was a nice surprise to see a member of Quebec's Sudden Harm Milsim team at the game, representing Canada (and the Masons apparently). 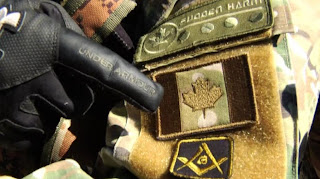 Eric Engler, of Engler Paintball Guns, was on-hand to talk about and showcase some of his creations. 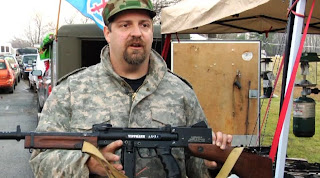 Incidentally, he was also the General for the Allied Forces: 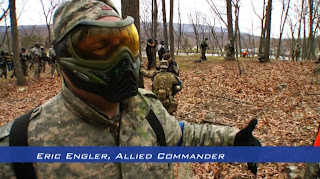 His Axis counterpart for the day was Aaron Kneppar: 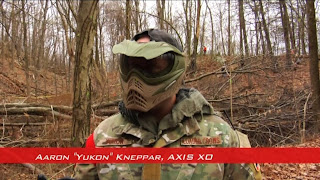 Contrary to what I expected, the film has a very professional feel, on par with a Discovery Channel documentary. It even features computer-generated graphics showing the positions of both forces as the battle progresses: 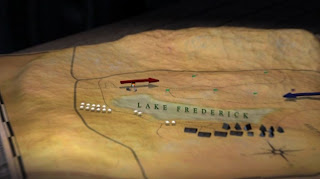 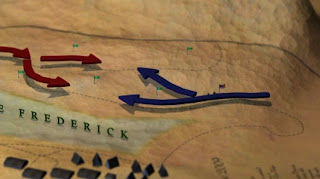 There's even a feature on ghillie suits, which ends by showing the best ghillie suit-to-terrain match I've ever seen in Paintball: 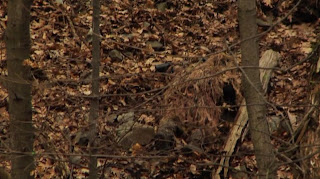 One thing that separates the West Point Big Game from others is the use of some interesting military hardware by the cadets. The West Point team members fire blanks through M240 machineguns, throw "thunderflash" grenade simulators during battle, and use "ArtySims" (pyrotechnics that simulate artillery, with a whistle and a bang). 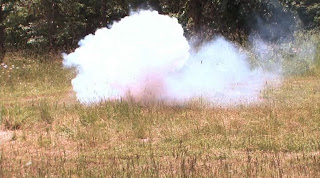 The camera crew isn't afraid to get in close on the action... 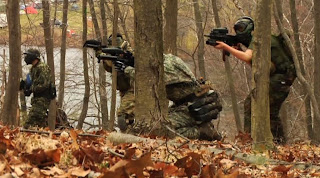 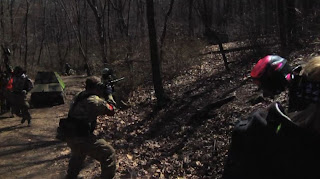 Maybe sometimes a little TOO close! 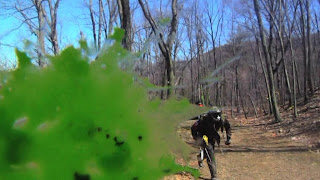 As for the game results, I won't spoil it and say who won, but the losing side still put in an excellent effort.

As Basic Painting is distributed by RAP4, the "special features" on the disc after the documentary understandably consist of RAP4 propaganda. The segments showcase their flagship T68 marker, with some action sequences where the Milsim team Loaded Crows shoot each other up with the markers in a short but fun firefight. 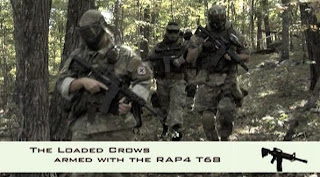 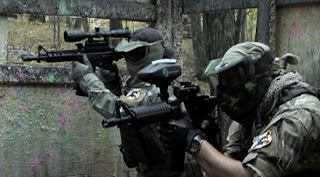 This is followed by a half-hour presentation on servicing the T68, demonstrated by TenaciousD of the Red Raiders. 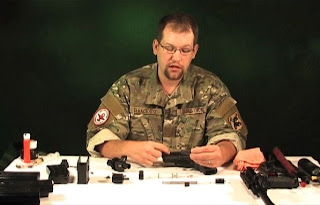 Although it's meant for T68 owners (and to show prospective T68 owners how easy it is to service), there are tips in the presentation on how to service and troubleshoot Spyder-based markers in general.

Basic Painting is filmed in 16:9 widescreen format, with the T68 tutorial shot in standard 4:3 video.

The audio cuts out for 15 seconds about 26 minutes in. But it's only during footage of Paintball tanks rolling, so we're probably not missing much except some engine noise.

Basic Painting is a great production for woodsballers and Milsim Paintballers. Its well-executed documentary format really sets the bar for future films about Woodsball, and if you haven't seen it yet, you should really put it on your wishlist.

Basic Painting is available from the RAP4 online store for $19.95, or as a free gift from RAP4 if you place an order $150 or more.

*The General Rating is based on a film's production qualities, such as editing, presentation, and story if applicable. The Grey Ops Rating is based on the subject material as it relates to Milsim Paintball, its relevance, and its training/educational value to casual and serious players of the game.