You're all familiar with Tiberius Arms' logo, a spartan and visually appealing construction:

Warning: The image ahead is of a sexual nature (I think), could be pornographic (but I seriously hope it isn't), and is just plain weird (really friggin' weird). It's possible it's NSFW, but more than anything it's just weird. You've been warned. 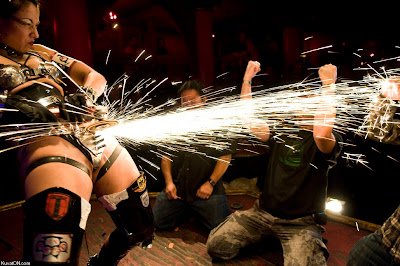 Source: Kuvaton (an awesome Finnish funny pictures site)
At first glance, you might just say, "Sure, look like my Friday night, what's the problem?"

Upon further examination, the grinder/grindee in the photo above is clearly sponsored by non other than the sinister Tiberius Arms: 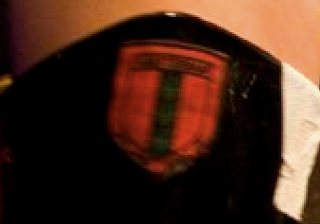 What ramifications does this hold? It's a slippery slope my friends. Angle grinding strippers performing for businessmen on behalf of Tiberius Arms today, jackhammer lapdances by Tippmann employees tomorrow. What's the paintball industry coming to? Are times really this hard?