I've had a blast posting rants this week, and I got a lot off my chest. But now Rant Week has come to a close...

HOWEVER, I've still got a few axes to grind! Watch for Rant Week 2 in early August (during which I'll also post the Part 3 conclusion to Pushing The Paintball Price Envelope, in case you were waiting). I've got a couple projects coming up that will be occupying me for most of July, including the final preparations for my wedding, and organizing an exciting opportunity for Ottawa-area Milsim paintballers, which will be announced here on Grey Ops in the coming days!

So all you Rant fans, keep an eye out for a lot more verbal venom next month! And keep those torches and pitchforks handy. 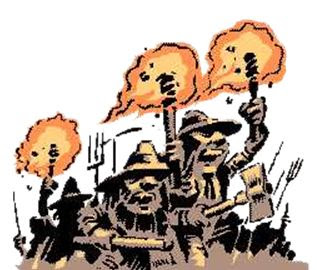