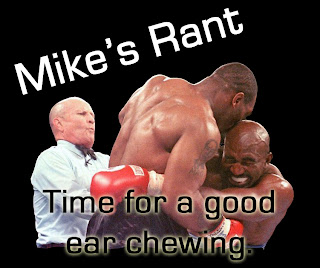 “Paintball is like drugs: It's expensive, addictive, and it hurts everyone around you.”

I heard this saying recently, and it definitely got me thinking on the topic of the cost of our hobby. It’s a given that Paintball equipment is getting more and more expensive, and personally I see it getting worse before it gets better.

But what’s driving this drastic increase in the cost of Paintball gear? How did it get to the point where companies and retailers can charge a customer $1000 or more for a marker to play in the woods, and still sleep at night?

As a Canadian, I’d like to use Hockey as an analogy to what’s going on with our game.

Look at the back of the Canadian $5 bill. There’s a scene pictured there of some kids playing hockey at their outdoor neighbourhood rink, wearing only helmets, some skates, and holding simple hockey sticks. This is literally all you need to play hockey and enjoy yourself, and decent quality versions of these items can all be had for as little as $150 total.

But it’s not unusual for an adult getting into the game (or a child well-financed by wealthy parents) to spend $3000 or more on the latest in pads, high-tech skates, ultra-light equipment, and Kevlar this or that, all to go out and play the same game with an organized team competing against other organized teams. 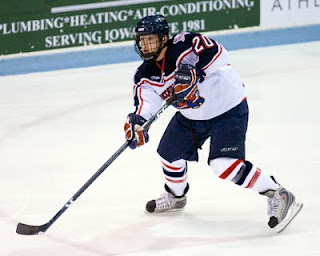 In fact this dollar amount is probably on the low side these days, and doesn’t include team fees, and fees to rent time on the ice at a local rink. It also doesn’t take into account equipment that soon gets replaced because the next big thing comes along that’s 5% lighter or otherwise better. All this money spent goes to make companies rich (often companies that didn’t give a rat’s ass about the sport until they saw all the money involved – Nike and Hockey comes to mind), and pay out endorsements to star athletes hired to make players think they need all that stuff to play well.

There are a lot of parallels to this situation in our own sport/game, Paintball. When it all comes down to it, all you need to have a blast playing Paintball is a reliable Tippmann 98 or variant with a gravity hopper, a cheap CO2 or air tank, a mask with some decent anti-fog, and some old clothes you aren’t afraid to destroy or get dirty. Everything else is just an added (optional) expense. This setup would put you pretty much in line with those kids playing hockey on the back of the $5 bill (who, if you look at it closely, seem to be enjoying themselves quite nicely). 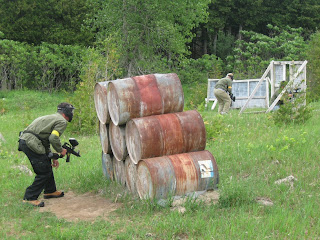 Of course, I completely understand the desire to play with something more “cool” than what the renters use, and that this costs money, but the amount invested into improving your experience of the game has to be balanced with a good dose of common sense. For certain people, life and bills dictate what you can spend on Paintball gear, but for others, it can get way out of hand.

Because of the nature of the game, with lots of running, diving, and competitiveness involved, the overwhelming majority of Paintball players today are young - usually in their teens and early 20s. This demographic generally doesn’t have a lot of disposable income, are usually limited in what they can buy by tuition fees, car payments, and money to date girls, and it often shows in what they bring to the field in equipment. Odds are they aren’t colour-blind to the point where they thought that a UCP tactical vest would go great with their MARPAT BDUs, but instead that the ACU vest was on clearance somewhere, and was a great deal. These aren’t the players pushing the prices up; instead, they keep the budget segment of the sport alive and well, and companies tap this market by putting out cheap Chinese-made goods with generally good value.

Rather, the demographic pushing the price envelope in Paintball is the older player with a well-paying job and lots of disposable income, or a young player being supported by such a person. 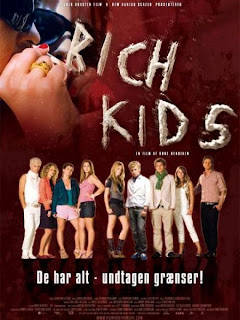 Just like the hobby hockey player who buys $3000+ worth of gear, they come into a store (or shop online), and want THE best in equipment for their newfound hobby. Of course the manufacturers and retailers, seeing an opportunity to make more money off of that customer, aren’t going to tell him no, and will gladly sell him an expensive marker, plus mods and parts he doesn’t really need to enjoy the game: an additional $80 barrel for 5% better accuracy over stock, a $100 part for 3% better air efficiency, an aftermarket bolt to slightly reduce the already-negligible recoil, etc.

(This type of player/spender also hurts the "budget" segment of the gear market eventually, because when manufacturers see the high-end stuff selling well, they can bump up the MSRP of their well-made budget gear to a higher price point - leaving the budget-conscious players with only truly cheap crap).

Another factor in pushing up Paintball gear prices is manufacturers being shady, in not putting all of these upgrades inexpensively into a marker in the first place. To make better parts with better tolerances, stock barrels with a better polish, etc would probably cost them mere pennies per unit at the factory level, and add a few bucks to the retail price of the gun. But why would they do that, when they can just let their company and others hose customers on aftermarket barrels and parts? 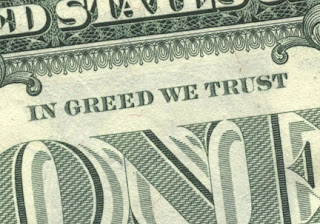 As players and consumers, we’re often our own worst enemy on this too. Look at Paintball-themed discussion boards across the Internet (hell even look at Grey Ops!), and you’ll see that there’s an overwhelming amount of discussion on gear and mods, countless “what should I buy?” threads, and rarely (if ever) any discussion on how to effectively play the game. Learning, practicing, and getting good at tactics like suppression, flanking, and fighting in close quarters will allow you to score more eliminations and have a much more enjoyable game experience than buying a $1000 marker, or sinking $300 worth of upgrades into your marker or vest. And best of all, it’s all free.

Paintball gear prices aren’t arrived at by any sort of wizardry – it’s simple supply and demand. Companies set the MSRPs for their products after careful study of how much they can get away with charging overzealous, gear-addicted players with money to burn. These players have to understand however, that their addiction to Paintball and expensive Paintball products does hurt everyone around them – in the form of high (and rising) prices.

In Part 2 of this Rant later this week, we’ll look at an example of prices going out of control, and other factors driving this phenomenon.
Email Post
Labels: controversy Gear Paintball