Where's All the Cool Stuff At? 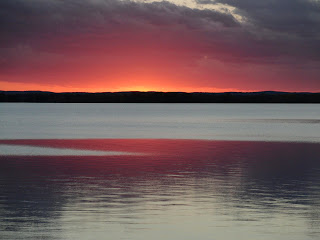 What's on the horizon?
How many times have you guys asked yourselves the same question this paintball season? First and foremost in most milsim paintball players' minds are the Tacamo conversion kits when it comes to big releases this summer, but what else is there on the immediate horizon? Jack Bauer says, "Tell me where the cool stuff is!"

I do know for a fact that some manufacturers have stuff up their sleeves, but by and large there are tumbleweeds drifting across the paintball news/blogosphere. It's not that the paintball media is choosing to ignore upcoming product releases, we just don't have anything juicy to go on! Even high end eye candy stuff is scant (with the MCM K1 drifting out of the limelight), and paintball manufacturers that normally release a new product or two worth note around this time appear to be twiddling their thumbs.

Is it because times are hard? Well many macroeconomists would say that the recession that began in '07-'08 still persists in the United States, but most manufacturers were still releasing, producing, and marketing new products during the worst of it.

Is this just a product of the whole "paintball is waning" argument? Actually, this mid-July, the Google search volume index for "paintball" was the same as it was last mid-July (0.64 in both cases). That's actually pretty awesome, given that every mid-July (which is safe to take as a peak period for paintball play) other than this past interval since 2004 has seen a significant decrease in search volume.

I really don't know where to go with this, as I really don't have an answer. So somebody please come forward and tell me what the heck is going on!
Email Post
Labels: Milsim Paintball